Virginity is a heteronormative and archaic concept, yet it’s still being used to inform clinical decisions. This is harming queer Muslims, writes Deenah al-Aqsa

I’m a Muslim lesbian. Over the past year while seeking gynaecological care, I’ve encountered numerous medical professionals who have had an absurd obsession with my sex life.

My journey started like that of countless others suffering pelvic pain. After several instances of excruciating pain during and around my periods, I went to my GP and asked to be referred to a gynaecologist. She agreed. I knew the gynae appointment wouldn’t be easy, especially as my GP said that I might have endometriosis, which takes eight years on average to diagnose.1

What I could never have anticipated, however, was that I would be reduced to the status of my hymen. Who would have thought that keeping this piece of tissue intact, regardless of my wishes and express consent, would govern key clinical decisions made about my care?

The hymen is a piece of tissue that partially covers the vaginal opening and can tear easily, for example from movement during exercise or by inserting a tampon, as well as from penetrative sex. It’s long been incorrectly thought to signify a person’s ‘virginity’, and many doctors practicing today seem to still believe that it does.

Virginity is an archaic and heteronormative social construct. Yet, at least six healthcare professionals assumed that I was virgin because of my hijab and denied me the scan

I wanted a transvaginal ultrasound, which is the standard diagnostic test done for pelvic pain and provides a more detailed image of the inside of the pelvis. But this was repeatedly refused, because I was a “virgin” — because, by heteronormative standards, I had not had sex. Performing the scan would break my hymen and supposedly “take” my virginity.

Virginity is an archaic and heteronormative social construct. Yet, at least six healthcare professionals assumed that I was virgin because of my hijab and denied me the scan.

Some medics did at least ask me if I was sexually active rather than assuming I was a virgin, but in medical terms, I wasn’t sure what they were trying to find out. Were they looking for a hymen or did they specifically want to know if my sex life involves vaginal penetration?

I’m not the only queer person who finds this confusing. When I asked for clarification, my doctor replied, “It’s a simple question: have you had sex before?” But actually, this raises more questions, like “With whom?” and “What kind?”. Without any further clarification, one can only assume that the question “Have you had sex before?” is really asking whether or not someone has had penetrative vaginal sex, to which my answer is no.

When people see me, they see the hijab on my head but not the queerness in my heart

I will probably never have penetrative sex. As a closeted lesbian, though, most people don’t know this. When people see me, they see the hijab on my head but not the queerness in my heart. I constantly question if it is safe for me to tell any local healthcare professionals that I’m gay, in case they know someone in my family. Maybe I’m being overly paranoid, but I have to be, as many queer Muslims will tell you.

Would it have made a difference if I told the sonographer that I was sexually active, but not gone into specifics? I’m not a doctor or a sexologist, but even at my most enthusiastic, I’m not sure me going down on my girlfriend would break my hymen. So, from a certain perspective, I could still be a virgin. There are no hard-and-fast rules about what counts as sex and what doesn’t, and honestly, I was afraid to ask for clarification.

My GP was insistent that a transvaginal scan on me was contraindicated – that it would hurt me. But when I asked her to name any specific harm that might come about from the scan, other than discomfort, she couldn’t.

I said I wanted to at least try, because I was in inordinate amounts of pain already each month and a little more wouldn’t make a huge difference. But my GP, two sonographers, and the three gynaecologists I saw all were firm on not even attempting it.

Our patriarchal culture glorifies virginity, and this trickles down into clinical attitudes — allowing an ancient and harmful ideal to be seen as more important than a patient’s bodily autonomy

Throughout this process, I was made to feel like a child, despite being in my mid-twenties. One of the sonographers who refused me the scan further told me that my GP needed to give their express consent first (which, of course, they didn’t). I was infantilised to the point that my body didn’t feel like it was my own; that I needed others’ permission in order to investigate it.

Our patriarchal culture glorifies virginity, and this trickles down into clinical attitudes — allowing an ancient and harmful ideal to be seen as more important than a patient’s bodily autonomy.

When seeking pain relief from a locum GP, for instance, she warned against a transvaginal exam after I confirmed that I was unmarried. The GP’s exact words were: “What if your husband has a problem with that when you get married?”. She was referring to the antiquated myth that bleeding on the sheets (due to the hymen breaking) on the night of one’s wedding is “proof” of virginity prior to the marriage. It was hard to believe she was saying this, unironically and as a healthcare professional, in the twenty-first century.

When I told the GP, nervously but resolutely, that I didn’t plan on getting married, I was laughed at derisively. Clearly, she did not believe me. I was far from comfortable disclosing my sexual identity to her.

My racial and religious identity aren’t things that I can hide, whereas my sexuality is something I choose to keep to myself. So, when doctors see me, a brown girl wearing hijab, they probably don’t even realise that their heteronormative assumptions are ill-fitting and being forced upon me. One doctor literally laughed in my face when I said I did not want to marry.

There is something especially telling and bitterly ironic about the reticence to use semi-invasive diagnostic procedures on “virgins” while in the same breath demanding to know about our sex lives. Disclosing my sexuality is never going to be safe for me when I risk reproach, discrimination, and far worse any time an outsider learns who I really am.

People like me exist — with one foot in the door of religious devotion and the other inching into the wonderful world of queerness. Navigating through these spaces and merely existing is difficult enough. Seeking medical treatment potentially for an illness already notorious for not being taken seriously is even harder.

Something has got to change. There is already a long way to go for LGBTQ people in having equal access to healthcare. But in that journey, on the gynaecological path specifically, an obvious step forward is for the medical field to stop using something as outdated and unquantifiable as virginity to govern diagnostic decisions.

Tackling this requires an open dialogue, rather than a whispered taboo, of sex and its relevance to gynae procedures. Rather than making racialised assumptions rooted in patriarchy or other biases, healthcare professionals must be mindful of invisible minorities like myself. The time has come to stop telling patients what is best and instead have a meaningful conversation where the patient feels heard. That is the only way to make healthcare accessible to all people, not just those who are straight, cis and white.

Featured image is an illustration of a Muslim woman wearing a red hijab, looking over her shoulder towards an outline sketch of a doctor at a desk, as if consulting her as a patient. On her right is an illustrated heart that is coloured in with the rainbow LGBT pride flag 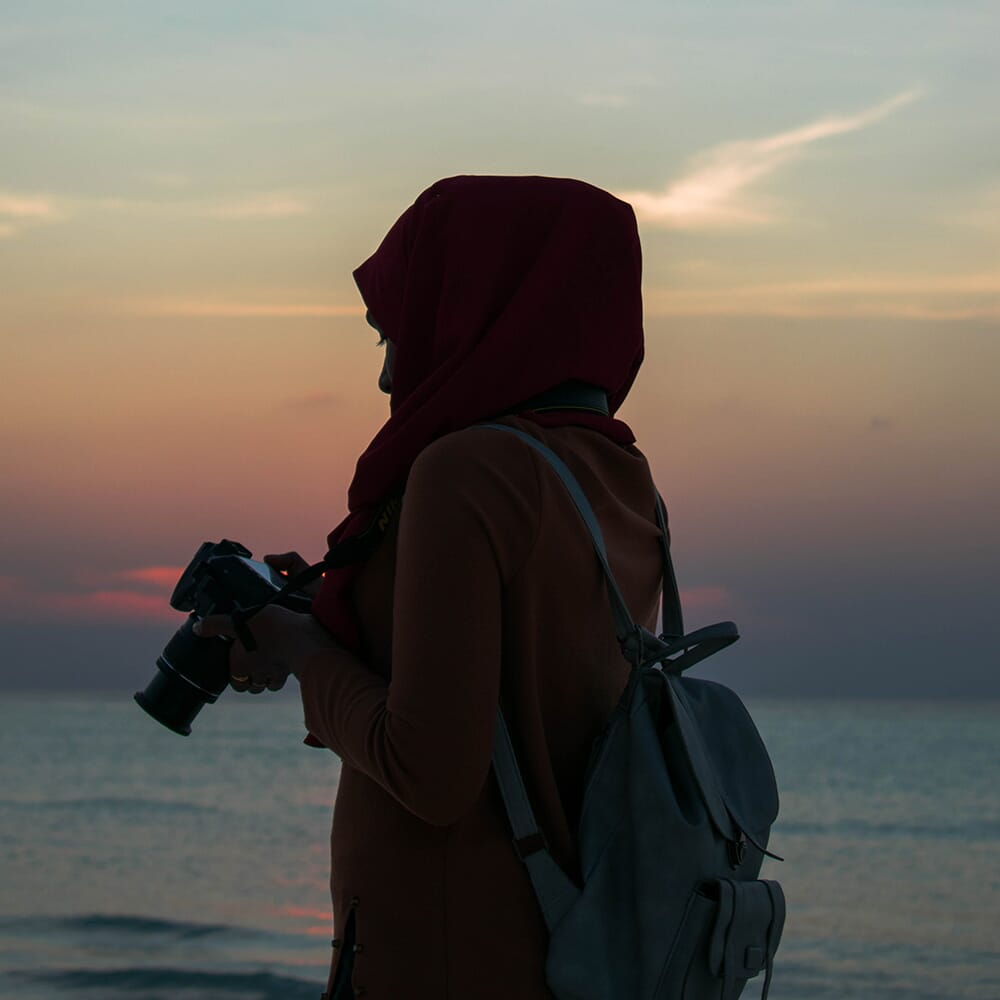 Deenah al-Aqsa is a Muslim lesbian writer. She writes about her experiences as a queer working-class woman of colour and is passionate about human rights and fighting inequality. As an intersectional feminist, she feels strongly about boosting diversity and nuance in stories that are told in the media.