Despite my breastfeeding struggles, I’ve learned to enjoy it as a way to bond with my son, writes Jennifer Sizeland

Even before I became pregnant, l had romantic notions about what breastfeeding my child would be like. I pictured myself snuggled in a chair with a tiny baby, happily feeding away, with me as their protection from the world.

I researched videos of new mothers manoeuvring their darkened nipples into the mouths of their hungry babies and I thought I could do it too. That would be perfect, I thought — that would be how I’d nourish my child.

I didn’t even invest any money into a decent breast pump, with no idea that I would be filling my cupboard with them after my son’s birth. My breastfeeding journey would be like nothing I imagined.

He was born 8 days after his due date and immediately started trying to suckle on the NHS towel he was wrapped in. I’d seen all these pictures of mothers feeding their babies immediately after birth and I was desperate to feed him, but I couldn’t get my hospital gown down low enough.

The midwife helped me to change and we tried to get him to latch, trying different positions that were all unsuccessful. My boobs were so swollen from pregnancy hormones and my nipples were so flat that there was nothing for his tiny mouth to latch onto.

Nipple shields were suggested to encourage him to stay on and stimulate his sucking reflex. My partner drove out to find some while I sat in a pool of my own blood, holding my newborn son.

With help from the midwives, I expressed small amounts of colostrum (the golden nutrient-rich liquid that is produced prior to breast milk) and when they left, I tried to continue. I desperately tried to squeeze it into a tiny syringe with the baby balanced on my thighs.

The hospital curtains offered no privacy and I felt ashamed and guilty as he continued to cry into the night. Another midwife surveyed my nipple and asked me if I had a better one. I said no, and she suggested formula. After a few mouthfuls of it, he did his first poo and wee, then fell asleep, finally calm.

The next morning, a breast pump was brought to me before being taken away again an hour later. I was told that there weren’t enough to go around.

There was never a midwife available to watch my further breastfeeding attempts and so I begged to be discharged. They didn’t need to keep me in as I would be combination feeding, using both breast and bottle. Finally, they let me go.

At home, I squeezed out as much colostrum as possible and spent hours on the breast pump. I thought there would be a dramatic moment when my milk “came in” but nothing seemed to happen. After four days, a few custard-coloured drops of milk pooled at the bottom of the bottle.

The health visitor agreed that my son had a tongue tie so at 9 days old it was cut and I cried watching the doctor sticking his scissors into the baby’s tiny mouth. I also changed to a different size of nipple shield, but he still couldn’t latch.

After two and a half weeks of pumping, I felt an intense pain in my armpit, combined with feeling shivery and sick. I’d ruined my nipples with the breast pump and given myself my first bout of mastitis. The result was that I was now too ill to look after my baby.

Once I’d had mastitis for the second time, I decided to try again. I felt like my breasts were a much better shape now they were less swollen, and unbelievably, he latched into one of them.

Even though I still had low supply, breastfeeding gave me the opportunity to sit down and bond with him instead of being constantly tied to a pumping machine.

I continued pumping from the left side until my third bout of mastitis, when I filled a bottle with yellow pus. I had to make the decision that breastfeeding for fun and not food had to be enough.

Even though he mainly has formula milk, breastfeeding has given me an opportunity to be still with him

Six months later, being able to feed my son even from one breast has been healing. Even though he mainly has formula milk, breastfeeding has given me an opportunity to be still with him.

Despite the huge physical and emotional demands I went through, I’m glad I found something I could do with him in the fog of early parenthood.

For me, it meant dropping my obsession with perfection; the idea that breastfeeding is the “right” way to feed your child. But no parent can achieve perfection, nor should we expect them to.

Now I try to let go instead, so that I can continue to navigate the compromises of motherhood, both for me and for him.


Featured image is an illustration of a feminine person breastfeeding their child. They are outdoors and wearing sunglasses, and are smiling to themselves 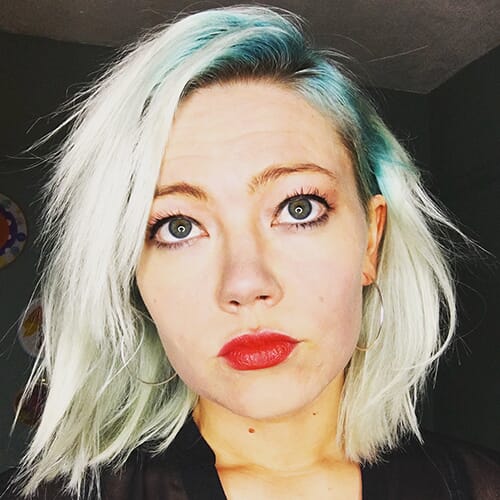 Jennifer Sizeland is a freelance writer and assistant producer with 12 years of experience in the media industry. She has written for many publications including the BBC, the Independent, Metro, Manchester Mill, Get Me Giddy, the Media Diversity Institute, Funny Women and her own sustainability blog called Land of Size. She lives in Manchester and you can follow her on Instagram at @lifeofsize.