My ADHD diagnosis didn't feel right, so I decided to figure out what was really going on, writes Drew Dakessian

I was diagnosed with attention deficit hyperactivity disorder (ADHD) shortly after my fifth birthday. It’s pretty uncommon for girls to get an ADHD diagnosis unless they show more obvious, outward symptoms like hyperactivity,1 but apparently, I fit the bill.

And yet, I didn’t quite fit the stereotypical ADHD profile. I’d stare at walls rather than bounce off them. I’d feel as though I talked a mile an hour, not a mile a minute. And I’d seldom get distracted — it was challenging enough for me to start paying attention in the first place.

A few years ago, though, I finally learned the source of my struggles: cognitive disengagement syndrome.

Cognitive disengagement syndrome (CDS) — known until recently as sluggish cognitive tempo — is essentially a kind of brain fog whose symptoms include feeling drowsy or sleepy, getting lost in thought, or feeling apathetic (lacking motivation to complete tasks).2

The disorder has been linked to a lower quality of life.3 It certainly has been for me. I stare at the walls with my mouth hanging open and a blank expression on my face. It’s a strain for me to comprehend what people are saying, and I have to ask them to repeat themselves — repeatedly.

However, my greatest challenge, by far, is tidiness. You should see me trying to clean my room. I need at least two hours to pick up and put away three or four objects — and that’s on a good day.

Until a few years ago, my primary medication was the central nervous system (CNS) stimulant Focalin XR. Although it’s supposed to last 12 hours, it takes about 40 minutes to kick in. Due to the severity of my symptoms, I also had to supplement my morning pill with immediate-release Focalin four hours later, twice a day. In total, I was really medicated for about 10 hours and 40 minutes each day.

As a result, during graduate school, I rarely managed to complete the assigned readings. Despite being genuinely interested in the subjects I was studying, I had to resign myself to subpar performance. To be honest, I couldn’t keep up with washing my dishes.

When I turned 30, I’d had enough. I refused to accept that this was what my adult life would be like

When I turned 30, I’d had enough. I refused to accept that this was what my adult life would be like: constantly begging superiors to give me extensions; spending the whole day cleaning my house whenever I was expecting guests (but ending up shoving most of my clothes and papers in the closet anyway); unable to attend a play, go to a movie, or even watch the news past 7 p.m.

In desperation, I decided to try a different CNS stimulant, Vyvanse. It’s a damn good thing I did. No other medication has made me so alert and present. For the first time, I no longer merely want to get things done — I can do them. And as well as its potency, the drug also lasts longer, which means that I only need one dose first thing in the morning.

In other words, I now get 12 uninterrupted hours of solid concentration. Most amazingly, the positive impact of getting my shit together has had a compounding effect: the more I succeed, the more time and energy I have left to dedicate to maintaining that success.

As it turns out, you can have both a lousy brain and a great mind; the two aren’t necessarily mutually exclusive

Besides switching medications, I’ve developed other coping mechanisms. One is listening to up-tempo songs. Whether a Baroque concerto by Albinoni or a punk track by the Sex Pistols, music like this propels me forward, enabling the right words to flow from my fingers as I type. Suffice it to say that for a professional writer, that’s nothing short of a godsend.

I used to tell myself that I could get away with putting off doing chores or running errands. Now, however, when I’m asked a favor or think of something I need to do, I make sure that I either put the task on my to-do list or — better yet — do it on the spot. I’ve learned the hard way that I’ll never get around to it otherwise.

Above all, I’ve learned to forgive myself. My CDS self-diagnosis has helped me realise that I am intelligent; my challenge is exhibiting that intelligence. As it turns out, you can have both a lousy brain and a great mind; the two aren’t necessarily mutually exclusive. Thanks to that revelation, not only am I able to concentrate at last, but I can concentrate on something productive instead of fruitless feelings of failure.

I’m so grateful that I discovered and diagnosed myself with CDS and figured out the appropriate treatment for it. My brain fog probably won’t ever fully lift, but I’m counting my blessings — and there are many.

I’m not a passive participant in my own life anymore. My living space is tidy for the first time in over a decade. And you know what? If I hadn’t tailored my medication regimen to CDS, I would never have been able to write this essay.


Featured image is an illustration of a person resting their head on their hand for a moment, as if they’re tired or need a minute to collect themselves 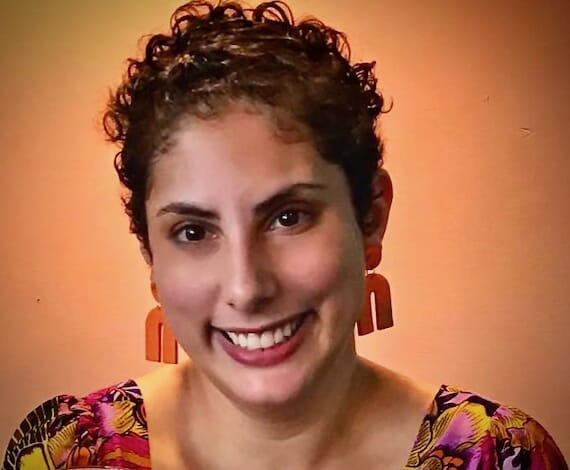 Drew Dakessian is a freelance writer from the Pacific Northwest United States. She’s contributed to ADDitude.com, WIRED.com, The Mighty, and Yahoo, but her longtime dream has been blogging about women’s health issues. This is her first piece on the subject to be published by a major outlet, and she’s thrilled that it’s The Femedic.