The mini pill might have helped with dysphoria, but dealing with doctors was a very gendered experience, writes Daz Skubich

I started taking the pill in 2018 for a few different reasons. One was convenience, but another was that I’d heard from friends that the progesterone-only pill, or mini pill, could significantly reduce the heaviness of periods — or even stop them completely.

As a non-binary person who experiences gender dysphoria from my period, this sounded great to me.

I’ve identified as non-binary since I was 17 and for a while I didn’t think that I had dysphoria around my genitals. I have no desire to get rid of my vulva or to replace it with a penis, but getting my period still makes me feel terrible about my gender. I think it’s because menstruating draws attention to my perceived “woman-ness”, and that’s the last thing I want.

Conversations about periods are becoming more gender-inclusive, but there’s still a little niggle in my brain that tells me I’m “actually, just a woman” every time I get a period cramp.

I don’t want to carry or give birth to children, and this monthly cycle is a constant reminder of what society thinks I should be, instead of who I really am

It’s more an issue with my womb than my vulva — I don’t want to carry or give birth to children, and this monthly cycle is a constant reminder of what society thinks I should be, instead of who I really am. One day, I want to get a hysterectomy as gender-affirming surgery.

When I was first prescribed the mini pill, it worked wonders! I could have sex without a condom with minimal risk of pregnancy, and my periods completely disappeared within the first month.

Of course, I was aware that there would be side effects. Friends of mine had complained about weight gain and mood swings, both of which I experienced significantly.

About a month and a half into being on the pill, I started experiencing horribly uncomfortable itching inside my vagina, and I felt the urge to urinate almost every ten minutes but could never go. I phoned up my doctors’ surgery and was told it was most likely thrush, and was prescribed Canesten.

Things only got worse from there. Eventually, I managed to get an in-person appointment where I was prescribed antibiotics for a UTI, which did help with the pain and discomfort. That is, until the same thing happened again three months later.

This time, they booked me in for an STI check with the nurse — something I’d never done before due to a lack of sexual experience.

I was obscenely nervous for the appointment. This was, once again, my dysphoria rearing its ugly head. I knew that they were going to need swabs of my genitals, and that felt extremely gendered to me. My GP surgery proudly displayed a certificate for training in LGBT-friendly medical care, but I was still afraid of being seen as a straight cis woman, instead of a bisexual non-binary person dating a cis man.

All my fears were realised when I went for my test. I expressed my discomfort about having a gendered experience to the nurse and she completely ignored me. She kept misgendering me to the other nurse, and referenced the experiences of “other women” when talking with me about my issues.

What’s worse is that my anxiety made it extremely difficult for me to relax, so when she used the speculum, it was a very invasive experience.

Whenever I got a phone appointment with a male doctor I would be prescribed thrush medication, which, of course, did nothing. This led to continued pain and dysphoria

The tests came back as a UTI again, so I was back on antibiotics. This continued for about three years. Every couple of months I would feel the discomfort, but because of how hard it was to seek care during the pandemic, I’d try to self-treat with painkillers and hydration.

Plus, whenever I got a phone appointment with a male doctor I would be prescribed thrush medication, which, of course, did nothing. This led to continued pain and dysphoria.

On multiple occasions, I suggested to my doctors that maybe it was something to do with my pill. I had never had a UTI before going on it, so it seemed like more than a coincidence. I was shot down every time.

I decided to take myself off the pill in the summer of 2021, which was a big deal for me. I concluded that dealing with menstruating was a better trade-off than the weight gain, mood swings, and chronic UTIs.

Having my period still sucks, and I am considering other hormonal contraception for the future, but since coming off the pill I have not had a single UTI.


Featured image is an illustration of a non-binary person in a doctor’s waiting room, reading a magazine. They are wearing a striped, baggy jumper in the colours of the non-binary flag 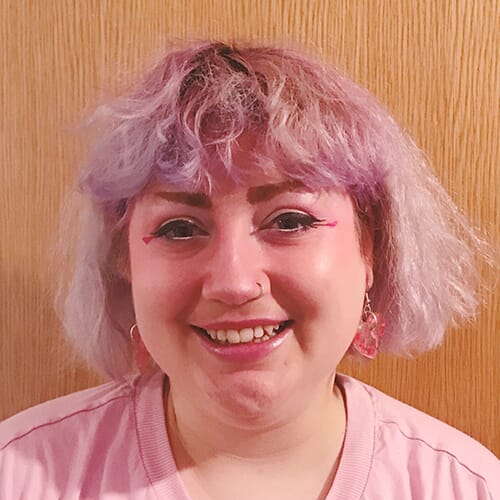 Daz Skubich is a 24-year-old freelance journalist and content creator. They are currently studying for their NCTJ diploma alongside working for a Students’ Union and running YouTube channel Game Assist with their friend. They specialise in writing about video games, LGBTQ+ issues and disability politics, and live in Manchester with their partner and their two cats.