I had no choice but to get an abortion by backdoor means, writes Esther Musembi. How many others must go through this every day?

On a quiet Tuesday evening, I clutched four pink pills in my clammy palm.

My mother was snoring softly in the next room. It was just the two of us at home and in a moment of panic, I considered knocking on her door and telling her everything. Instead, I tiptoed in the darkness and made my way to the living room.

We were at the height of the pandemic, and I had just found out I was pregnant after a routine check-up.

Our country was in total lockdown—inter-county public travel was banned except for essential service providers and the occasional government-related business. I knew right away I did not want to keep the pregnancy but how and where would I be able to procure a safe abortion?

Having lost my job, I was not in the right mental and financial state to raise a child. I was scared and feeling lost. Having no one to talk to intensified my doubt and fear, and I considered the only option I had without paying mind to the risks: sourcing abortion pills through backdoor means.

Like me, many people are forced to procure back-alley abortions that often result in death or health complications, like kidney failure or damaged uteruses

Turns out, it was not that hard. How many women and girls have to do this every day?

“Shivers, nausea and diarrhoea, and bleeding” read the big, clumsy letters on the note that explained what I was to expect after taking the pills.

With a shaking hand, I placed the pills under my tongue and waited. Thoughts of death and guilt swam in my head even as I felt the pills start to melt. Torn between spitting them out and finishing what I started, I lay in the dark and waited, apologising wordlessly to my mother.

According to our constitution,1 abortion in Kenya is only legal if, in the opinion of a trained medical professional, there’s need for emergency treatment, if the life or health of the mother is in danger, or if abortion is permitted by “any other law”.

The term “by any other law” hangs there vaguely, to be interpreted as seen fit.

Like me, many people are forced to procure back-alley abortions that often result in death or health complications, like kidney failure or damaged uteruses.

In 2019, the Centre for Reproductive Rights reported that in Kenya, 7 women and girls die from unsafe abortions daily.2 Allowing safe access to abortion would stop this from happening.

But that won’t be so easy here. As Kenya is still a deeply religious state, the law and religious beliefs overlap. It is unfortunate when religion shapes reproductive health decisions.

Some churches prohibit the use of contraception in their congregations, although many people still use it anyway. Deeply entrenched cultural beliefs push this agenda further by stigmatising those who have had abortions.

There’s a need to separate the state and church in our laws, especially on the ones that directly affect human rights. It is not humane to force a someone to carry a pregnancy to term without considering the negative consequences it could have.

It is never an easy decision to have an abortion. The people who seek them do so for a myriad of reasons: teenage pregnancies, lack of financial stability, pregnancy resulting from rape or incest. Or like in my case, failed contraception, a medication that should be easily accessible.

If everyone can access birth control, it’s a no-brainer that the rate of maternal deaths and injuries from unsafe abortions will go down. This, coupled with sex education in schools, would go a long way in equipping young people with the right information and attitudes towards sex.

To borrow a leaf from Mozambique’s book, Kenya should work towards adding sex education in its high school curriculum. The Mozambican government has gone a step further to include on-site clinics where pupils can inquire freely about family planning options in a safe environment. It is also one of the African countries that has decriminalised abortion, the others being Tunisia, South Africa, and Cape Verde.3

Part of the problem is the Kenyan government’s non-committal approach to abortion rights. Even after the 2014 High Court ruling that reinstated the constitutional protections for legal abortions in Kenya, seeking abortion and post-abortion care services is still an uphill battle—especially in government hospitals.

It does not help matters that the government withdrew the guidelines on safe abortion and banned health workers from participating in any training on safe abortion. However, there’s a glimmer of hope, with some NGOs and institutions such as Marie Stopes providing safe spaces to access contraception, abortion, and post-abortion care services.

My attempt at abortion was unsuccessful, but I am lucky that this was a blessing in disguise. It was shocking and painful to discover that I was still pregnant, but I was able to get support and acceptance and carried the pregnancy to term. I was also able to access counselling sessions which helped me to heal emotionally. This made my journey much easier.

Still, I look forward to a Kenya that will decriminalise abortion and make it safe for those seeking to procure it.


Featured image is an illustration of an outstretched hand, with two pink pills sitting in the middle of the palm. The palm is lying flat and open, with the fingers slightly curled up in a cupping position 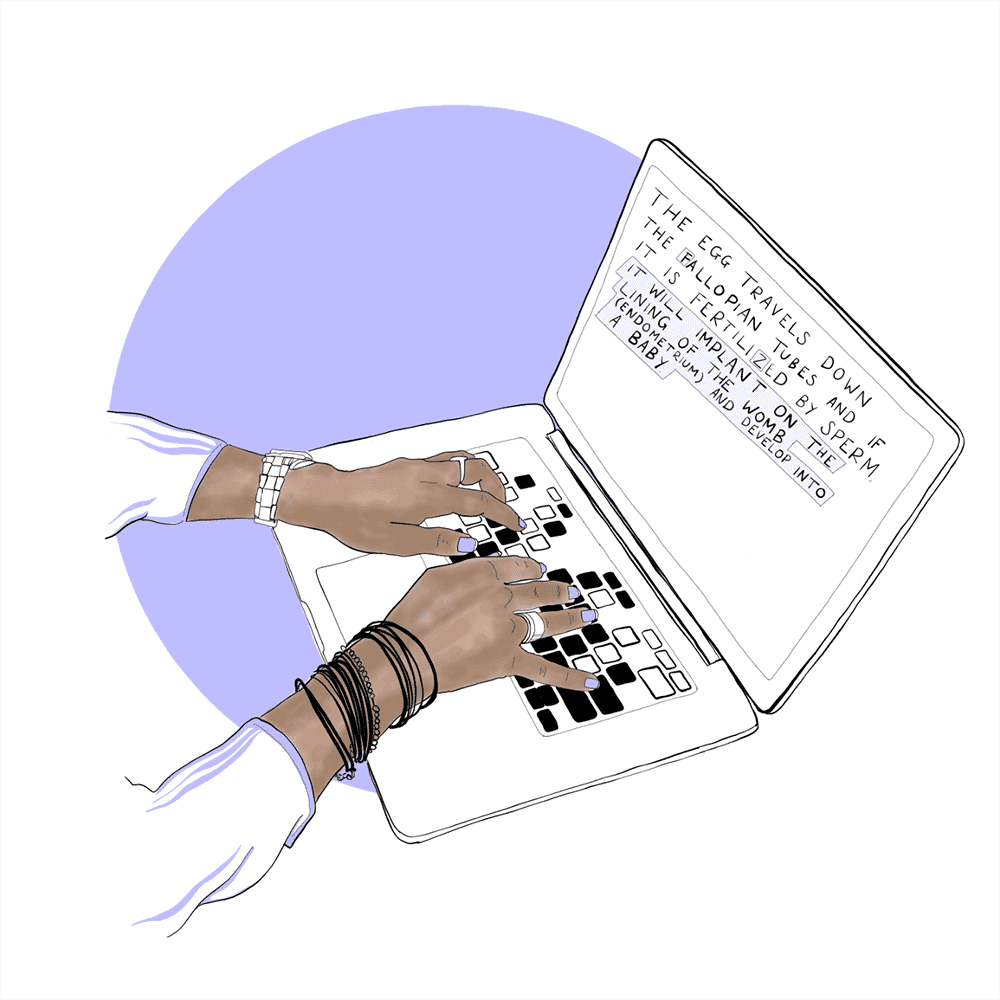 Esther Musembi is a freelance writer based in Nairobi, Kenya. She is passionate about women-
centered issues and celebrates them through her writing. Esther was also part of the Twaweza
Anthology, a culmination of the 2020 PenPen residency. If she isn’t writing, she is editing or
making really wholesome, sloppy dishes. You can find some of her words at Meeting of Minds
and AMAKA Studio, UK.