Everyday lifestyle factors that impact your risk of thrush

Vaginal thrush is a condition caused by a yeast infection in and around the vagina. In most cases, the infection is caused by a fungus called Candida albicans.1 This fungus is part of your natural flora, is found on the skin, in the gut, in the mouth, and in the vagina, and is usually stabilised by the presence of ‘friendly’ bacteria. Thrush develops when certain changes in conditions favour the Candida albicans fungi, causing it to multiply, and thus enabling the development of a yeast infection. This sudden increase in the numbers of yeast can lead to symptoms such as vaginal soreness, dryness, itching, and general discharge.2

Thrush is a very common condition and 75% of women will experience thrush at least once in their lifetime. Of these women, roughly half will have recurrent episodes.3 Thrush is most common in women between the ages of 20 and 40, as prevalence is believed to be linked to levels of reproductive hormones such as oestrogen. This observation has been made due to the fact that thrush is relatively uncommon in prepubescent and postmenopausal women, who have lower levels of these hormones.4

While there are risk factors that can increase a woman’s chances of developing thrush, it is not always clear why some women suffer from it more than others. Some medical conditions, such as diabetes, can increase your risk, and it is worth noting that it is very common to develop a yeast infection while taking a course of antibiotics.

As well as medical reasons, there are certain lifestyle factors that may affect how often you get thrush. We have discussed these to help you understand how you can best mitigate the risks.

One of the easiest and most effective changes you can make is to switch to light, breathable cotton underwear. Man-made fibres such as nylon and polyester do not allow for the same levels of ventilation as cotton, and can generate an environment which is favourable to candida. Thrush is more common in the winter months due to the fact women are generally wearing more clothing, which allows for less ventilation — candida thrives in warm, moist environments.5 Loose fitting, lightweight cotton garments are considered the best choice for preventing and alleviating the symptoms of thrush.

Also, using non-scented bubble baths and washing your vagina with water alone is an easy lifestyle change to make which can reduce the prevalence and severity of thrush. Shower gels and body washes can cause the pH in your vagina to drop, meaning it becomes slightly more acidic, and this environmental change is favourable to candida — increasing your chances of developing thrush.6

Using spermicidal lubricants during sex can also increase your chances of developing thrush. Many of these contain a compound called nonoxynol-9, which is the active ingredient that kills sperm. However, this chemical can also kill good bacteria, meaning that candida can outcompete them.7

The combined oral contraceptive pill is also thought to increase the the chances of developing thrush8 — as previously mentioned, oestrogen is known to increase the growth and survival rate of candida. If you are prone to thrush and are on the contraceptive pill, it may be a good idea to speak to your doctor to discuss potential alternatives in your choice of birth control. It should also be noted that the copper IUD implant has a similar effect on a woman’s susceptibility to thrush. Studies have suggested this is because the IUD tail (or strings) acts as a “reservoir of infection”.9 Therefore, if you are prone to thrush it is important to carefully consider your choice of contraception.

Diet may have an effect on your risk of developing thrush. Candida requires sugars to proliferate,10 and a diet containing high levels of refined carbohydrates, such as white bread and pasta, provide these bacteria with the exact nutrients they need to multiply. Some studies have suggested that switching to a low-glucose diet can starve the candida of the sugars they require, keep them at a manageable level, and prevent them from transitioning into their more pathogenic fungal form.11 Carbohydrates are essential in aiding this transition. However, it is important to consult your doctor before making any changes to your diet, particularly to ensure there isn’t an underlying condition causing you to have thrush regularly.

Stress is another factor that could trigger a bout of thrush.12 One of the side effects of chronic stress is a drop in your body’s ability to fight off infections. When you are stressed, your adrenal gland produces a hormone called cortisol. Cortisol increases your body’s blood sugar levels but can also compromise your body’s immune system.13 It does this by blocking T-cells, which play a key role in your body’s cell-mediated immunity. The candida yeast thrives on the extra sugar, and as your body’s defences are compromised, they can’t fight off the infection as efficiently.14

Chronic stress provides the conditions needed for candida yeast to multiply and outcompete the other harmless bacteria in your natural flora that usually keep the candida levels down. If you are suffering from chronic stress, and it is having knock on effect on your health and well-being, it may be a good idea to speak to your doctor. In some cases, doctors may prescribe you probiotics that can help prevent pathogenic bacteria from colonising.

While keeping a low sugar diet, addressing your stress, and managing your birth control are all steps you can take to reduce your chances of getting a candida infection and developing thrush, there are also steps you can take to alleviate the symptoms such as purchasing over-the counter thrush creams. If your symptoms worsen, and you feel that they are having an effect on your wellbeing, then you should speak to your doctor who may be able to prescribe anti-fungals or medications that are not available over-the-counter. 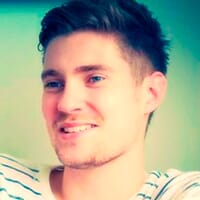 George attended Newcastle University, and graduated with a degree in Biomedical Sciences. Since graduating, he went on to work in breast cancer diagnostics, specialising in genomic testing and the ever expanding field of personalised medicine. He now works within medical education and communication, and as a freelance medical writer.

We asked nutritionists what they thought of the Candida Diet