How close are we to closing the gender pain gap?

There has been growing awareness of the gender pain gap in recent years, but in fact, it’s been around for centuries. We could look back to ancient Greece, where it was believed that the womb wandered throughout the body, causing “humours” that resulted in various ailments. The ancient Greek word for uterus, hysterika, forms the basis of the 19th century concept of “hysteria” — pathological and uncontrollable outbursts of emotion because, well, women.

The gender pain gap describes the discrepancy in care experienced due to gender. For women, this is felt due to centuries of sexism that have shaped and justified social beliefs around women and their bodies. Over time, many of these beliefs have solidified and been accepted as fact, and still inform clinical decisions today.

At The Femedic, we have spoken with countless women who have had their pain dismissed and not taken seriously. Chronic conditions such as endometriosis have excessively long diagnosis times, and many are misdiagnosed with mental health conditions. Researchers in the US have only been obliged to include women in their studies since 1993. Current guidelines suggest that, at a minimum, women should be represented in clinical trials in proportion to their prevalence in specific health conditions, however representation remains low.1

In partnership with feminist health blog Hysterical Women, run by health journalist Sarah Graham, The Femedic hosted a Zoom discussion considering how close we really are to closing the gender pain gap. What needs to happen, at a research, GP, and patient level? And how far away are we from these things happening?

We were joined by:

Below is an excerpt of our discussion that has been edited for clarity and length. The entire discussion was recorded and will be made available to watch, with subtitles included.

The Femedic: How big a role do you think the lack of research plays in the gender pain gap, and how much meaningful research on this actually exists? 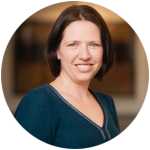 Katy Vincent: I think we can look at animal research, and I’m very much not an animal researcher, but we look at the literature and we can see that, for example, in the main journal that pain researchers read up until about five years ago, at least 80% of the studies published in that journal only looked at male animals.

So, if we now know that the mechanisms underlying pain in men and women, and male and female animals, are probably different, then we’ve had a really biased view of what pain is for the last however many years.

And when we think about translating into humans, we’ve done very little work on women, sometimes for valid reasons because women are at risk of getting pregnant, so we don’t want to try new drugs on them until we know those drugs are safe in pregnancy. Women are complex — their hormones vary and other things vary along with their hormones, and so the idea that a man is a simpler model on which to test things has kind of been our basis. I think we just miss a whole big gap of things by not understanding the interaction of hormones and pain, or hormones and mental health, and not saying how we could potentially personalise our treatments by looking at women and their more complex and interesting (in my view) physiology and endocrinology to move things forwards.

TF: You mentioned that up until relatively recently, most studies were done on male animals. Was there a point where there was a realisation that actually, females and males are different physiologically?

KV: Well I think there’s always been a small group of people interested in these things, [there’s] always been low impact journals looking at sex differences or hormonal factors, but a kind of realisation that this was really important only really happened in probably the last five to 10 years.

The big funding bodies have now said that studies have to be done in men and women, and of course, if you research endometriosis that’s quite complex and you can’t bring males in, so there have to be allowances made for that. But over the last few years, the mood is changing and if you go to conferences where there are sessions on sex differences, for example, they’re really well attended now. It’s of interest to general researchers but we’ve still got a lot of catching up to do.

Hysterical women: What sort of change needs to happen in the doctor’s office to close the gender pain gap, and to tackle other intersecting biases? In particular, I’m interested in what role GPs have as the sort of gatekeepers to specialist care. 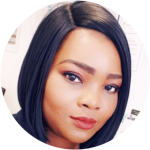 Omon Imohi: So I think first and foremost, doctors need to be thoroughly trained, or retrained if needed, to overcome their own biases in diagnosing and treating women’s health and self-reported pain, because like we’ve already said in this conversation, historically pain in women has not been taken seriously.

And obviously, [with] self-reported pain sometimes it’s not taken the way it’s taken when it is in males, for example. There’s been poor research already done, we know that — the research was historically not done in females. Women were, in fact, just to put this in perspective, banned from [medical] research until 1993, which is something like 27 years ago. That’s to show you how recent it’s been for women to be included in most research. So I think from the healthcare professional’s point of view, we need to be taught to overcome those biases that are ingrained in us already.

We also need more education, to understand patients when they come in with complaints of pain. And this includes not just us, the healthcare professionals, but employees, colleagues, family, friends — thinking twice and listening. We need to listen to women, really.

When [women] come to speak to you, you need to listen and you need to try to understand, and not just say it’s in their head or it’s something that they’re just imagining, because the pain is real. The pain is real, and it should be taken seriously. So I think there needs to be a lot of retraining, and possibly some guidelines or some policies in place to help healthcare professionals, especially in primary care.

Hannah Short: Just to echo everything that’s been said, I think one of the primary things we do need to do is retrain. I think practically, that’s going to be very hard, but we certainly need to change the way education is in medical schools and realise that women aren’t just smaller versions of men.

It’s the fact that generally, the white male is [considered to be] the default model [of a human], and that has an influence across the board. I think often where there’s a lack of understanding, doctors will kind of go to their default [understanding when facing something that] is medically unexplained. But it’s because there’s a lack of understanding, mainly because there’s been this lack of research and there’s been this lack of emphasis.

So I think starting with the individual doctor, it’s [about] just taking women seriously. And I think there’s still a lot of work that needs to be done around mental health, which again applies to all genders, but I mean I see it especially with women — if anybody’s ever had a history of anxiety or depression, if they have anything that presents later, it’s often like, “Oh well, it’s probably your anxiety or depression playing up,” and not looking at any other factors. I suppose I see that quite a lot with the premenstrual disorder patients I see and perimenopausal and postmenopausal patients. But I think listening is the primary thing and then we need to kind of work from the ground up and start at the medical school.

Featured image is an illustration of a woman on a hospital bed, wearing a hospital gown. Her back is to the viewer. She is drawn in a simple black outline and coloured in white, against a pale peach background decorated with a paint splatter of purple and pale pink. She appears forgotten in the corner of the frame

Monica is the Founder and Editor of The Femedic. Against a journalism background and after years of leading content marketing projects in the healthcare space, it became clear that health information out there for women simply wasn’t good enough. No-one had bothered to look deeper into the ways women were searching for information, or consider the depth of what they actually needed to know. Instead of waiting for the perfect publication to approach her, she created The Femedic.

Monica has been named one of The Drum’s 50 under 30 for influential women in digital 2018 and was shortlisted for Female Entrepreneur of the Year in the 2018 British Business awards. She speaks and writes widely on gender and health inequality.