Pornography has a bad rap.

It’s often thought of as an all-consuming monolith, oozing with unrealistic body standards, fake orgasms, and over-enthusiastic female performers who never really convince us that they are actually enjoying themselves.

“It’s white guys talking to other white guys about what to create,” she adds. “Men have no idea what it’s like to be a woman watching a rape scene, and that’s evident across all TV and film.”

Paulita wants people to reflect on why they think people of different genders find certain things pleasurable or arousing. More often than not, gender stereotypes and societal conditioning influence our views on sexuality, even if just at a subconscious level. Paulita refers to this limited view of female sexuality as “an infantilisation of women”.

Submissives hold all the cards

Those in the submissive role are having their needs met through pain play in a way that’s pleasurable for them.

“In a rape fantasy, you are actually in control while appearing not to be. That is entirely different to ‘wanting’ to be raped and nothing to do with real life sexual assault”

When it comes to rape fantaisies, the fantasy element is core to the act. Within the context of this, the woman is painting the picture, influencing the outcomes and setting the backstory.

“In a rape fantasy, you are actually in control while appearing not to be”, explains Cindy. “You manage the conditions and how you want the fantasy to play out. That is entirely different to ‘wanting’ to be raped and nothing to do with real life sexual assault.”

“Society just doesn’t like the idea of women having sex for money — because women are ‘meant’ to have sex for marriage and commitment,” says Paulita.

Aggressive sex play can be empowering

There’s a huge potential for empowerment, exploration, and reclaiming your own sexuality when it comes to weaving power play and pain play into your sexual landscape.

“Analysing power dynamics is such an important part of feminism and challenging structural discrimination,” says Paulita. “Women have been ostracised and discriminated against for years in regards to sexuality.

“Exploring your own boundaries and playing with power dynamics within a safe setting can be transformational for women.”

There are “millions of men who enjoy being dominated”, or even humiliated by women within a consensual sexual setting 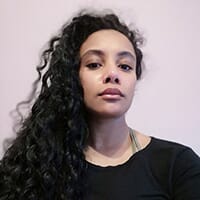 Navigating sex with type one diabetes and an insulin pump

How to finger yourself, for people with vulvas

We need to make smear tests trans and non-binary inclusive

What is a vulva? Anatomy explained

I have vulvodynia, here’s what it’s like using a dilator

We asked three women why they missed their smear test

Black women are (still) being held back by sexual double standards

I have smelly discharge. Could it be bacterial vaginosis?

Teaching consent: there is no ‘grey area’

I’m asexual: here’s what I always get asked