What defines perfect sex? The image that pops into your mind is likely to be a long sex act filled with passion, ultimately ending with a mind-blowing and intense orgasm. Or at least that’s how it always seems to be in films or books. But what if you can’t reach orgasm some of the time, or most of the time? Or what if you can’t reach orgasm at all?

Anorgasmia, or female orgasmic disorder (FOD), is when a woman is persistently or repeatedly having difficulty reaching orgasm, despite adequate sexual arousal and stimulation. It is likely to be extremely frustrating, but you are definitely not alone, and anorgasmia is much more common than you may think. In fact, up to a quarter of women have reported having issues reaching orgasm,1 and this number varies greatly between different age groups and cultures.

Although it’s one umbrella term, anorgasmia is different from one woman to another. It may be ‘lifelong’, when the individual has never reached an orgasm, or ‘acquired’, when anorgasmia occurs after a period of ‘normal’ sexual experience and no issues with orgasm. For some women, anorgasmia may be ‘situational’, when orgasm is achieved only by certain types of stimulation or only with specific partners, but for some it’s ‘generalised’, where they remain anorgasmic regardless of the sexual stimulus or partner.

Finally, for some women it’s a frequency issue, when it’s difficult to reach an orgasm most of the time, but for others it might be the intensity, where orgasms are not as strong as they once were.

Whatever the type, not all women perceive and respond to anorgasmia in the same way. Some may not mind, and continue to enjoy their sex lives without orgasm, while for others it may cause considerable distress and frustration. Some women who can’t orgasm may consider themselves a failure, which could lead to low self esteem and even depression.

The idea of not being able to satisfy one’s partner might disrupt a relationship, and some women even fake orgasm during intercourse out of embarrassment. If you don’t orgasm but are enjoying sex nonetheless then there is no reason to be worried. However, if your anorgasmia is distressing you, there are ways of both overcoming this distress and methods to help you reach orgasm.

What really happens in the body when you orgasm?

The exact physiology behind the female orgasm is not yet clear. The NHS describes the female orgasm as a feeling of intense sexual pleasure during sexual activity, or an intense pleasurable release of sexual tension with contraction of genital muscles.2 Here, again, the experience is different from one woman to another, and it varies with each sexual encounter in a single individual. Some women even describe a state of altered consciousness, a feeling of tingling, or an electric wave running throughout their body.

Evidence suggests that many women are more likely to achieve orgasm through clitoral stimulation than during intercourse.3 The clitoris is the female equivalent of the male penis, with erectile tissue and abundant nerve endings, which are stimulated by touch or pressure.

Such sensitive nerve endings are also found in the labia minora (the inner lips around the vaginal opening) and the wall of the vagina. Much debate is present regarding the existence of a G-spot, an extremely erogenous area on the front wall of the vagina, with some saying it is where part of the clitoris is very close to the vaginal wall. However, it’s existence is not yet scientifically proven.

The exact pathway of events that follows clitoral or vaginal stimulation is not yet clearly understood. Ultimately, the resultant activation of the autonomic nervous system (the system that is responsible for the fight or flight response when you are met with danger or perceived danger) causes rhythmic contractions of the vaginal wall, and changes in other parts of the body, such as the heart beating faster and deeper breathing.

The causes for anorgasmia are far too complex to be simply listed down. Many contributory factors have been studied but the exact causative mechanisms remain inconclusive. They vary from person to person, and in some instances several factors may coexist.

However, relationship issues are known to play a major role. Lack of intimacy and trust between partners, not knowing how to best satisfy each other, and poor communication on the topic act against reaching orgasm. Alternatively, or alongside this, psychological factors such as anxiety, depression, past sexual abuse, and fear of pregnancy or sexually transmitted diseases are known to contribute.

Anorgasmia may be secondary to certain physical conditions such as neurological illnesses where the nerve supply to the genitals are disrupted. These conditions include spinal cord damage, multiple sclerosis, diabetes, and pelvic nerve damage, all of which may affect your ability to orgasm.5 Genital causes like vulvovaginal atrophy may interfere as well, and certain medications including SSRIs used to treat anxiety and depression are well known to delay orgasm, or make it hard to reach orgasm at all.6

Inability to orgasm can even arise from situational factors, such as being too tired, or not being ‘in the mood’ at the time.

Does anorgasmia need to be treated?

There is not necessarily any medical need for anorgasmia to be treated, unless it is caused by an underlying illness. Anorgasmia is common, and you can still enjoy a fulfilling sex life without orgasm. After all, sex doesn’t come with a definition or manual, and it doesn’t have specific dos and don’ts. Explore new things, techniques, and positions, and practise the things you enjoy the most.

Deep kissing, caressing, and all different forms of foreplay do not necessarily have to be the first few steps towards a final goal of orgasm, and huge amounts of pleasure can be gained from simply enjoying these acts in themselves. If clitoral stimulation brings you to orgasm but not vaginal then this is nothing to be concerned about at all – the same is true for many women.

Find ways to stimulate your clitoris while you engage in intercourse, try out different positions, and find out what suits you best. Try new sex toys and vibrators alone or with a partner, and don’t be shy to be vocal about your needs and what you want.

Is there treatment for anorgasmia?

If your anorgasmia is negatively affecting your sex life and affecting you psychologically, there are several treatment options available. You can visit your GP in the first instance, who will be able to refer you to the relevant person, and this might perhaps be counselling services or a sex therapist. They will help you figure out what the causative factors may be, and plan a course of treatment accordingly.

Counselling, for example, can help resolve relationship conflicts and rebuild trust and intimacy. Cognitive behavioural therapy helps relieve anxiety and mental stressors, which may be what is preventing you from being able to orgasm.

Sex therapy involves sex education, starting with basic anatomy and physiology. It helps you disregard myths and any false beliefs which may be holding you back sexually, and teaches you to get to know yourself, to discover your body, and your needs and preferences. Finally, sensate focus therapy helps you explore your partner and get closer to them physically.

Unfortunately, there aren’t any medications known to increase your ability to orgasm. Medications used to treat anxiety and depression may be effective in some people, but as mentioned above they can also further prevent your ability to achieve orgasm, so these won’t work for everyone.

If you are unable to orgasm and it is affecting you mentally as well as affecting your relationship, then don’t hesitate to see your doctor who will be able to refer you to someone who might be able to help. Ultimately, however, orgasm doesn’t have to be the be all and end all, and it is perfectly possible to enjoy a happy and healthy sex life without it.

Featured image is of a blonde caucasian woman lying on a bed in a bra and underwear. She is lying on her side, facing away from the camera. She has a bob hairstyle and is lying on pale pink-beige sheets 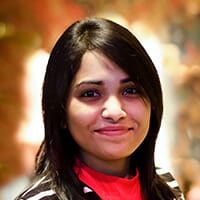 Why am I bleeding after sex?

Why can’t I orgasm? Sexual change and ageing in women

Getting back to intimacy after being diagnosed with herpes

Living with vulvodynia: can I enjoy a healthy sex life?

I’ve got genital warts, what are my treatment options?

Do cold sores have any long-term health risks?

Low libido in women: how to tell if it’s a physical problem

How to figure out why you’re experiencing pain during sex

Burning sensation during sex? It may be vulvodynia