This piece is Sponsored

Well, through your mutual shared pleasure, awareness of your partner’s sexual experience, and by adding novelty and variety to your relationship.

This is particularly important for increasing intimacy during penetrative sex, as we now know that most cis women can’t orgasm from penetration alone. A 2017 study found that just 18% of cis women could orgasm from sex that was purely penetrative, with 36% reporting that they needed added clitoral stimulation to reach climax.4

Though the majority of vibrators are designed for female pleasure, “some men expressed a specific wish that the very design of vibrators would pay more consideration to male experiences of pleasure and stimulation, alongside the pleasurable sensations benefiting women.”7

Vibrators for men, such as the Tenuto, allows for mutual pleasure: it is designed to stimulate the underside of the penis, the balls and the perineum, as well the outer labia and the clitoris during penetrative sex. This enables mutual pleasure, hands-free, so you can roam multiple erogenous zones simultaneously.

The more pleasure, the better! Right?

Domination and orgasm denial, where you maintain a level of arousal without climaxing, are great ways to increase intimacy: you are, quite literally, placing your trust in your partner’s hands

When it’s time to play, be sure to test different settings — rumbly, buzzy, fast or slow — and ask them what they like or don’t like about it. From there, you can ask them to use it on you, and show them how you like to enjoy pleasure. This will build a new repertoire of what feels good for both of you.

These intimate details will help you to learn and become more aware of their experience. This development of awareness is a totally mindful task, bringing you both into the moment, connecting with each other, and increasing your intimacy.

Bring a touch of novelty and variety to your relationship

Switch up your routine and prevent boredom with sex toys; they’re called toys for a reason! In the kink scene, sex is called “adult play”, and that’s exactly what sex should be: playful. Bringing a touch of fun, novelty, and variety to the bedroom can keep things fresh and intimate.

6. Van Anders, Sari M., Do women’s orgasms function as a masculinity achievement for men? The Journal of Sex Research, Vol 54, 2017 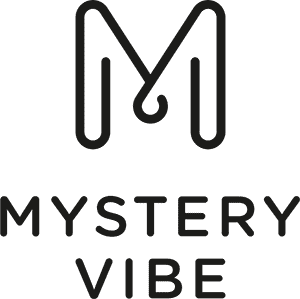 MysteryVibe is a sex-positive company bringing together the best of humanity and technology to build unique, personalised pleasure products. At MysteryVibe, we seek to break taboos and elevate the conversation around sex and sexuality, leading the way in the field of sexual health tech.

The Femedic reviews: the MysteryVibe Crescendo

Not everyone can orgasm from penetrative sex. Here’s how sex toys can help