How can we reduce HIV-related stigma in sex workers?

In 2008, a close friend of Dominika Rejmer died of AIDS after contracting HIV through sex work. Before her death, Dominika promised her that she would help people in her situation, who have much greater exposure to HIV than most, but who are much less able to seek and receive help.

As a result, the raTrust was formally set up in 2013, after five years of being funded by Dominika’s own money. The charity was formed with the express intention of both lowering STI and HIV infection rates in at-risk groups, along with ending the stigma associated with HIV and AIDs.

Sex workers are, on average, 10 times more likely to become infected with HIV in comparison to other adults. That figure, however, varies drastically between region and country. A research study focusing on 16 countries in sub-Saharan Africa, for example, found that the average HIV prevalence among sex workers there was as high as 37%.

However, despite being a community that is particularly affected by HIV, sex workers d;o respond particularly well to HIV prevention programs. In countries such as Cambodia, India, and Thailand, reductions in national HIV prevalence were significantly impacted by initiatives that targeted sex workers.

In the UK, too, Public Health England has recently funded 12 projects intended to reduce and prevent HIV, of which two are specifically targeted for (male) sex workers.

Why is HIV prevalence among sex workers so high?

There are several factors sex workers share that make them particularly vulnerable to HIV transmission. One of the most important of these is that they are often marginalised and stigmatised by others in the societies in which they live.

In some countries sex work is legal, but the law rarely offers sufficient protection to sex workers. As sex workers aren’t sufficiently protected legally, they may find themselves in situations where they don’t have full control over condom use, or they may be forced to engage in practices that lead to STI infections.

Indeed, there is a significant lack of common legislation or policy protection of sex workers around in the European Union itself. That’s why sex workers may often find themselves at risk of violence — be it violence from law enforcement officials, or their clients.

And, from what charities like the raTrust see in their work, a sex worker who is raped in the UK will have lower chances of successfully pressing charges against their attacker. When they do manage to win their case, the jail terms for the attackers are laughably short.

Other significant factors that increase the probability of contracting HIV in sex workers are a high number of sexual partners and insufficient condom use. One reason for this is lack of education — sex workers often start selling services when they are young, and may be willing to provide them without any type of physical barrier.

We also need to consider the young age of sex workers, who usually begin selling their sexual services when they are adolescents. Research shows that those under the age of 18 who sell sexual services are very vulnerable to both HIV and other STIs. In fact, they have higher levels of HIV and STIs than their older counterparts due to limited access to services such as testing and treatment.

Part of the problem is that in many countries, organisations cannot legally provide HIV-related services to people who are under the age of 18, as that may be seen as encouraging prostitution, or as the trafficking of minors. Working with young sex workers can still prove to be challenging for organisations in the UK, too.

Reducing stigma is the first step

For all the above reasons, reducing the stigma around HIV amongst sex workers is the first, and most important, step we can take.

This can be done by addressing the violence and attitudes directed towards sex workers, by carrying out activities that aim to decriminalise sex work, and by funding health and social services dedicated to sex workers.

Community-based services that are led by sex workers addressing legal and social barriers have been shown to have a real impact on the lives of sex workers, and often include the reduction of the number of HIV infections.

For example, in Thailand, an organisation called the Services Workers in Group (SWING) partnered with sex workers and the police in 2004 to increase law enforcement practices that support effective HIV programming, among other initiatives.

Sex workers should be able to work in safe conditions and receive quality health services without any discrimination on the grounds of gender, disability, race, or sexual orientation.

This starts with reducing the social stigma around HIV and sex work, paired with effective HIV prevention packages designed specifically for sex workers. 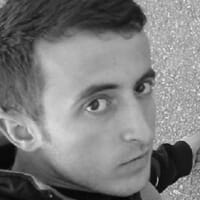 David Beeshaw is a writer with a strong interest in sexual health, and is currently supporting raTrust, a non-profit aiming to help all those at risk of HIV and other STIs. In his spare time he is a big advocate of keeping fit and leading a healthy lifestyle. Feel free to connect with David on Twitter at @DavidBeeshaw.

We asked three women why they missed their smear test

Black women are (still) being held back by sexual double standards

I have smelly discharge. Could it be bacterial vaginosis?

Teaching consent: there is no ‘grey area’

I’m asexual: here’s what I always get asked

Sex education in schools – where is it failing?

We need to make the conversation about sex more inclusive

How do I know if I’m asexual?