The Trump administration is attempting to strip down the legal definition of gender in the US, according to a memo obtained by The New York Times. Under the suggestions in the memo, the definition for sex would change to: “a biological, immutable condition determined at birth by genitalia” — i.e. only male or female, and cannot be changed once ‘confirmed’ at birth.

This comes after the government has already retracted transgender rights in schools, bathrooms, the military, and prisons — part of a governmentwide effort to revoke the recognition and protection of transgender people, and their civil rights.

During the Obama administration, a series of decisions loosened gender definitions in education and health care programs. For example, a school could risk losing federal funding if trans students were forced to use a certain bathroom. These decisions recognised gender as mostly an individual’s choice and not determined by their sex at birth.

Backlash surfaced from staunch conservatives and evangelical Christians, who were not comfortable with what the new definition meant for a world marked with ‘simple’ delineations of gender: think bathrooms, dormitories, and single-sex programmes.

The memo states that it was this resentment from conservatives that pressured the US government to attempt a concrete, legal definition of sex.

“The sex listed on a person’s birth certificate […] shall constitute definitive proof of a person’s sex unless rebutted by reliable genetic evidence,” the memo continues. This new meaning of sex would mean that the 1.4 million Americans who opt to recognise themselves as a gender other than what they were assigned at birth would no longer be recognised as that gender by the US federal government.

According to the memo, there should be an explicit and uniform definition of gender as determined “on a biological basis that is clear, grounded in science, objective, and administrable.” The proposed definition states that: “Sex means a person’s status as male or female based on immutable biological traits identifiable by or before birth.”

Arguing that the term ‘sex’ was never meant to include gender identity or even homosexuality, the Department of Health and Human Services — the government agency who created the memo — has argued that Obama’s administration was responsible for ‘wrongly’ extending civil rights protections to people who did not warrant them.

Many human rights and trans rights campaigners have shown their support for the trans community, especially in the lead-up to the midterm elections. Chad Griffin, chairman of Human Rights Campaign, described the memo as “the latest effort in a consistent, multi-pronged campaign by the Trump-Pence White House to undermine the rights and welfare of LGBTQ people.”

This is one of several moves by the Trump administration to exclude the trans community from civil rights and protections by reneging on definitions set by the Obama administration. In March 2018, Trump’s administration attempted to ban transgender individuals from serving in the military, before this was blocked by federal judges.

“This is an attack on the humanity of transgender people and it cannot stand.” Hillary Clinton tweeted yesterday. In the days leading up to the midterm elections, the Secretary of State urged her followers to vote, continuing, “Let’s send a clear message that we won’t sit back and allow this type of discrimination in two weeks at the ballot box.”

In the UK, the government has recently closed a contentious consultation that asked the public how they think the process of obtaining legal recognition for one’s affirmed gender could be made easier.

For more information on the impacts of this memo on transgender rights in the US, visit the ACLU’s website: https://www.aclu.org/blog/lgbt-rights/transgender-rights/trump-administration-trying-erase-trans-people-law-clearly

We would like to invite our supporters and readers in the US to send us any other information on how we can support trans people that they would like us to re-publish and share. This could include any personal stories or experiences that you would like to share, or work by activists, artists, and journalists shining a light on trans experiences.

Featured image is a person with blue hair who is wearing aviator sunglasses. The photo is cropped so as to only show their face from the nose upwards. There is a reflection in their sunglasses of a rainbow flag 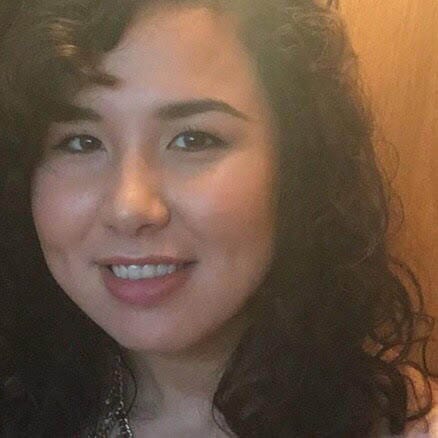 Mimi is a writer and PR executive from Hong Kong, where information on women’s health is often something you need to find on your own. After moving to London, she couldn’t wait to join the honest conversation that women were having about their health and is excited to be open about these issues and more at The Femedic.