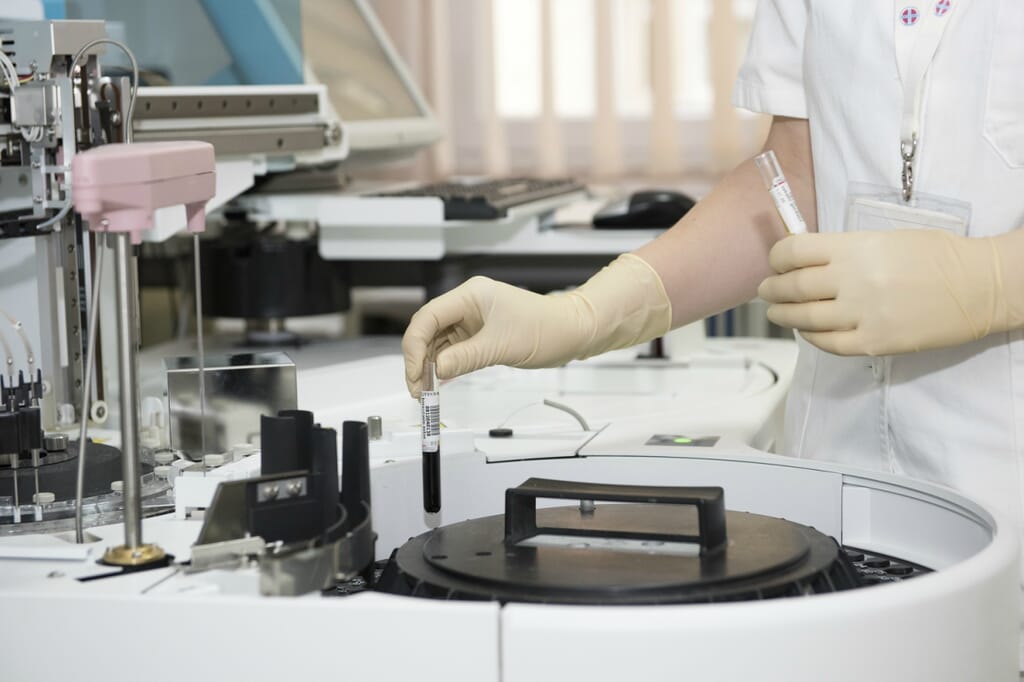 A spit test has been developed that can determine the presence of endometriosis in those in whom the disease is suspected.

DotEndo, the first product from San Francisco-based healthcare technology company DotLab, is a saliva test that replaces invasive surgery for the diagnosis of endometriosis.

Endometriosis is a chronic condition whereby cells similar to those lining the womb grow elsewhere in the body, shedding each month as a period.

However, as these cells have nowhere to go, they simply remain in the body as scar tissue. Side effects include severe pain, heavy periods, fatigue, depression, and infertility.

The test, developed by DotLab, means those suspected of having the condition will no longer have to endure a lengthy wait for a laparoscopy under general anaesthetic to receive a diagnosis.

Research conducted by DotLab revealed biomarkers that can determine the presence of endometriosis in patients who are suspected to have the disease.

The biomarker levels were significantly elevated in patients with endometriosis compared to control patients.

Patients who had suspected endometriosis but who were not found to have endometriosis on surgical evaluation had expression of the biomarkers that was consistent with that of the controls.

DotLab CEO and Founder Heather Bowerman said: “DotLab is committed to revolutionising the standard of care for the 176 million women who suffer from endometriosis.

“Our goal is to help them lead healthier, more productive, and happier lives.”

The data from the study on the DotLab biomarkers will be presented at the 2017 American Society of Reproductive Medicine (ASRM) Scientific Congress and Expo, and the scientific abstract was published in Fertility and Sterility.

Dr. Hugh Taylor, of Yale School of Medicine, said: “Diagnostic biomarkers for endometriosis have the potential to dramatically reduce the time from the onset of symptoms to effective diagnosis and management.

“These biomarkers could be used to not only identify patients requiring medical or surgical treatment, but also to monitor treatment response and recurrence of the disease.”

The research has been recognised by the ASRM Scientific Program Committee with the Endometriosis Special Interest Group Prize Paper award.

Patients were stratified into the disease group if surgery confirmed the presence of endometriosis, and into the control if surgery revealed a different benign pathology.

Relative expression levels of miRNAs 125b and 150 were significantly higher in patients with endometriosis compared to the control.

Despite the condition affecting one in ten women of reproductive age, it still takes an average of 7.5 years to be diagnosed with endometriosis due to a variety of factors.

The condition can be controlled with hormone treatment, and operations to remove patches of endometriosis, although there is currently no known cure.