Fish oil and probiotics in pregnancy may reduce child allergies 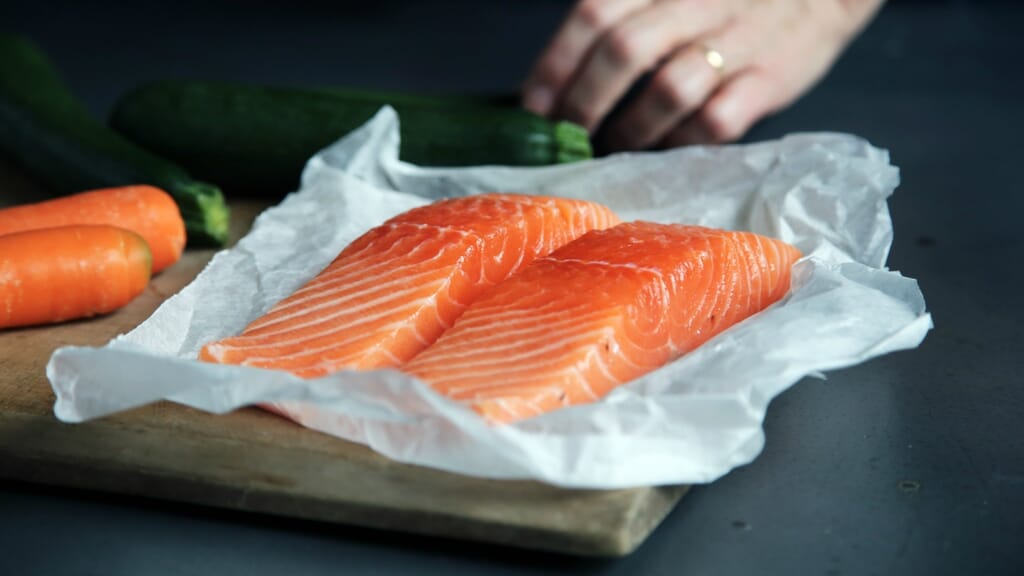 Pregnant women who take daily fish oil and probiotics while pregnant and while breastfeeding reduce the risk of their children developing allergies, research has revealed.

Scientists found that when pregnant women took a daily fish oil capsule from 20 weeks pregnant, and during the first three to four months of breastfeeding, the risk of their child having an allergy to eggs was reduced by 30%.

The team also found that taking a daily probiotic supplement from just before birth to up to six months of breastfeeding reduced the risk of a child developing eczema by 22%.

The results come from one of the largest ever research reports of how a pregnant woman’s diet affects the baby’s allergy and eczema risk, in which scientists from Imperial College London looked at over 400 studies involving 1.5 million people.

The researchers found no evidence that avoiding potentially allergenic foods such as nuts, dairy and eggs during pregnancy made a difference to a child’s allergy or eczema risk.

Lead author Dr Robert Boyle said: “Food allergies and eczema in children are a growing problem across the world.

“Although there has been a suggestion that what a woman eats during pregnancy may affect her baby’s risk of developing allergies or eczema, until now there has never been such a comprehensive analysis of the data.

“Our research suggests probiotic and fish oil supplements may reduce a child’s risk of developing an allergic condition, and these findings need to be considered when guidelines for pregnant women are updated.”

Other dietary factors such as fruit, vegetable and vitamin intake were also assessed, but no clear evidence that any of these affect allergy or eczema risk was found.

Allergies to foods, such as nuts, egg, milk or wheat, affect around one in 20 children in the UK.

They are caused by the immune system malfunctioning and over-reacting to these harmless foods. This triggers symptoms such as rashes, swelling, vomiting and wheezing.

Eczema affects around one in five children in the UK, and causes dry, cracked and itchy skin. The causes of eczema and allergies are not fully understood, but allergies are more common in people who suffer from eczema.

Co-author of the study Dr. Vanessa Garcia-Larsen said more research is now needed to understand how probiotics and fish oils may reduce allergy and eczema risk.

She said: “Despite allergies and eczema being on the rise, and affecting millions of children, we are still hunting for the root causes of these conditions, and how to prevent them.

“This study has provided clues, which we now need to follow with further research.”

In the study, the team assessed 28 trials of probiotic supplements during pregnancy, involving around 6,000 women.

Probiotics contain live bacteria that may influence the natural balance of bugs in the gut. Previous research has linked a disruption in naturally-occurring bacteria to allergy risk.

In the research, probiotics were taken during pregnancy and breastfeeding as a capsule, powder, or drink (most yogurts do not contain enough probiotic).

They were found to reduce the risk of a child developing eczema, between the ages of six months to three years, by 22%, the equivalent of 44 cases of eczema per 1,000 children.

The probiotics, which mostly contained a bacterium called Lactobacillus rhamnosus, were not used in early pregnancy.

The team also assessed around 19 trials of fish oil supplements during pregnancy, involving around 15,000 people.

The studies revealed a 30% reduction in the risk of egg allergy by the age of one, the equivalent of 31 cases of egg allergy per 1,000 children. Egg allergy was tested with a skin test, in which a tiny amount of egg is pricked onto the skin.

According to Dr. Boyle, previous research suggests fish oils may help dampen down the immune system and prevent it from over-reacting.

Most of the trials used supplements, although one involved eating oily fish, and a few others used non-fish oils such as nut oils. The Department of Health advises women to eat no more than two portions of oily fish a week.

The team also found that taking fish oil supplements during pregnancy reduced the child’s risk of peanut allergy by 38%. However, they cautioned that this finding was only based on two studies, and therefore not as reliable as the egg allergy and eczema results.

The study also revealed some evidence for links between longer duration of breast feeding and a reduced risk of eczema, and breastfeeding was also linked with a lower risk of type one diabetes.

The findings of this study are being considered by the Government alongside the wider evidence base on infant feeding and the introduction of solids.

As part of a cross-government review of complementary feeding, the risks and benefits associated with the timing of introduction of allergenic foods will also be considered.

The Food Standards Agency advises that families should continue to follow current government advice to exclusively breastfeed for around the first six months of age, and continue breastfeeding thereafter.

Solid foods should be introduced into the infant diet at around six months of age. Pregnant women should also continue to follow government dietary and supplement advice.