When I was 21, I decided to come out to my parents as bisexual. I hadn’t known for certain for very long, but I knew it was a part of me that I could not keep hidden. So I ripped off the bandage, and as someone who has always had a good relationship with my parents, I hoped they would be understanding and accepting.

At this point, there was still a lot to process in terms of figuring things out for myself and, while my parents did not react badly, the whole situation brought attention to something that I had not anticipated: I realised that sexuality is hard enough to understand internally, and added external pressures can make it that much harder to comprehend.

People often think that after they come out they will be met with feelings of happiness and relief. Everyone’s experience is unique, but despite the fact that most people find the long term advantages of coming out significant, often the immediate period afterwards can prove challenging. It can feel like things get worse before they get better as initial reactions start to play into effect.

According to Professor Dinesh Bhugra, Professor of Mental Health and Diversity at King’s College London’s Institute of Psychiatry, there are several common concerns associated with the period shortly after coming out that can affect mental health. “People may feel sceptical and disbelieving of responses, even if they are positive and accepting,” he says.

This was definitely something that I went through as I constantly found myself gauging, and doubting, people’s reactions. Embracing sexual identity and feeling comfortable can take a while, which can lead to feelings of insecurity and scepticism in the meantime.

Richard C. Friedman, who wrote about the relationship between sexual orientation and mental health, said that the high prevalence of mental health problems among lesbian, gay and bisexual people are due to the stressful social environment that can result from stigmas and prejudices. Professor Bhugra adds that the feeling of being discriminated against can become pervasive, and the sense of stigma can lead to doubt and worries that coming out was a bad idea.

“They may feel that they should not have come out because in certain cases there is no going back,” he says. “They may feel anxious or depressed if the reactions of others are not what they expected.” Uncertainty about whether people are really accepting can cause doubt and confusion to take their toll as the realities of building a new identity and becoming part of a minority start to set in.

Something that really stood out in my own experience was that coming out was not a one-off event. After telling friends and family, which is not a fast process in itself, comes telling co-workers and peers. The entire process can take quite a long time, and never truly comes to an end. As you meet new people, change jobs, or find yourself in a new social circle, the need to come out continues to arise. Although it does get easier with time, this can be a daunting concept to deal with as telling new people always holds an air of uncertainty.

According to Professor Bhugra, another major challenge is that individuals may feel scared of not knowing whether their support systems are adequate or still available and not rejecting.

In fact, a country’s laws relating to homosexuality can have a huge impact on whether or not an individual’s coming out process is likely to affect their mental health. “Legal discrimination, especially inequality laws in states or countries contribute to higher rates of psychiatric disorders in LGBT individuals,” he says. “It has been demonstrated clearly that once laws are changed, the rates of psychiatric disorders become lower.”

If it is safe for you to do so, and you feel ready, there are many advantages to coming out. As time goes on and the dust begins to settle, the negative aspects that are so prevalent in those first few months start to dull and the feelings of happiness and freedom come through. The initial hyper-awareness of discrimination and prejudice eventually starts to subside, although discrimination is unfortunately something we all still deal with from time to time.

For those that have recently come out or are thinking about coming out, talking to someone can really help. Finding someone who has been through a similar experience, whether that be a close friend, a helpline or a chat room, can help in understanding a process that can otherwise feel extremely difficult and lonely. 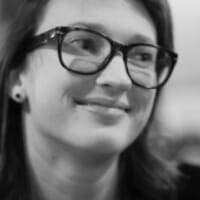 Enya Collins originally hails from Canada, and is currently working as a PR executive for a marketing company in London. She enjoys writing in her spare time, and has a particular interest in sexuality and mental health. In writing about these topics she hopes to support others and open up a conversation around aspects of sexuality that are rarely discussed in the open. Aside from writing, Enya also enjoys playing football, cooking, and travelling.