Ovulation pain, otherwise known as mittelschmerz pain, is a sensation in the pelvis or lower abdomen which occurs as the egg is being released from the ovaries. It occurs a couple of weeks before the period starts, and discomfort usually lasts a few hours, or a couple of days. Not all people with ovaries will feel it, and for some it may be mild while for others it can cause some disruption to daily activities.

The pain occurs on either the left or right side of the pelvis, depending on which ovary from which the egg is being released. The pain can also move towards the centre of the pelvis as the egg travels down the Fallopian tube before settling in the uterus, at which point the pain should disappear. Occasionally, there may be associated light vaginal bleeding.

The German word, mittelschmerz, means “pain in the middle of the month”.1 The cause of the pain is unknown, and theories suggest it could be due to the ovary stretching to release the eggs, or due to the small amount of fluid released with the egg causing irritation to the surrounding areas of tissue.2

As the pain occurs monthly, means of managing it include taking warm baths, using pain killers, or taking other medication to prevent it from occurring.

How can the pill relieve ovulation pain?

The oestrogen in the pill provides feedback to the brain telling it to decrease production of two other hormones: follicular stimulating hormone (FSH) and luteinising hormone (LH). These are the two hormones that normally signal to the ovaries that it is time to release an egg, by increasing the body’s oestrogen levels.

The mini pill, on the other hand, does not contain oestrogen, only progesterone. It can stop ovulation in some people, but this varies from pill to pill and person to person. In order to prevent pregnancy, the mini pill thickens the cervical mucus, making it difficult for sperm to enter the womb, and makes the lining of the womb thinner, so that should an egg get fertilised it is difficult for it to implant. As such, its primary mode of action isn’t to prevent ovulation, although this is an effect with some types of mini pill.

If the pill is being used to treat ovulation pain, and not simply as a means of contraception, the same side effects and any associated risks still apply

The combined pill comes in a variety of forms, all of different strengths and types of the two hormones, oestrogen and progesterone. As such, it can be challenging to find out which one is best suited to your needs, and lots of people go through more than two in a bid to find out which one works for them. If the pill is being used to treat ovulation pain, and not simply as a means of contraception, the same side effects and any associated risks still apply, so you will still need to discuss your personal situation thoroughly with your doctor before starting taking it.

Should I be worried about my ovulation pain?

Very mild pain lasting a few minutes or hours is unlikely to be worrisome. If severe, ovulation pain pain tends to be diagnosed after other conditions have been ruled out. Other conditions that cause pelvic pain include ovarian cysts, blocked Fallopian tubes, pelvic inflammatory disease, and others.

These may have associated bloating, change in vaginal discharge, bleeding in between periods and/or constipation, so if you experience any symptoms as well as noticing what you believe to be onset of ovulation pain around the same time, it is best to go and get it checked out by your doctor.

Very mild pain lasting a few minutes or hours is unlikely to be worrisome. If severe, ovulation pain pain tends to be diagnosed after other conditions have been ruled out

Appendicitis can also present in a similar way to ovulation pain, and there will be associated high temperature, and the pain will not settle quickly, so go to your doctor immediately if you experience these symptoms.

A blocked Fallopian tube from scar tissue caused by operations, or by pelvic inflammatory disease (often caused by sexually transmitted infections such as chlamydia) can lead to similar ovulation pain. This can be associated with severe pain and infertility.

If you have missed a period, experience pain in your shoulder tip, feel dizzy or generally unwell, these can all be symptoms of ectopic pregnancy. In this instance, your severe ovulation pain would therefore warrant immediate consultation with a doctor. If you have any doubt as to what is causing the pain, or notice a change in it month on month, it is best to go to the doctor and get checked out just in case.

Featured image is of a woman lying on a sofa, with her head tilted back and with one hand on her forehead, as if she is in pain 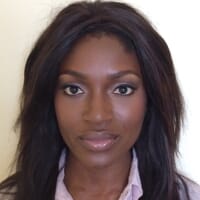