Could your period pain be a sign of endometriosis?

Period pain, referred to medically as dysmenorrhoea, is an extremely common, and an entirely normal, side effect of the menstrual cycle for most women. The pain occurs when you have your period, most commonly in the first three days of bleeding. It is usually settled with simple painkillers, such as paracetamol, and a hot water bottle, although for some people the pain can be more severe.

Your womb (uterus) has walls that regularly contract or tighten. Usually, this is so gently that it cannot be felt. During your period, the walls of your uterus contract more forcefully to help encourage the lining of the womb to break down. It is the lining breaking down that results in your period. It isn’t the contractions themselves that cause the pain, it is the fact that they cause a reduced blood supply to the uterine wall. Without a blood supply bringing oxygen to the area, chemicals are released which trigger pain, and in turn make the contractions stronger. The stronger the contractions, the less blood supply that the wall receives and the worse the pain.1

It isn’t known why some women have more intense period pains than others, but it does appear to be a bigger problem in teenage girls soon after they start their periods or in older women who have irregular cycles. Women describe the discomfort of period pain in a number of different ways, but it is often felt as painful muscle cramps that may spread to the thighs and lower back. Usually, it is described as a constant pain, but it may come in intense spasms for some women. Symptoms may vary between cycles, so some periods may be more uncomfortable than others.

Many women have other symptoms that may occur alongside period pain, including headaches and tiredness. Hormonal fluctuations at this time are thought to contribute to breast tenderness, feeling emotional, tearful, and feeling bloated. Severe period pain (pain that interferes with your daily activities or impacts significantly on your quality of life) does not necessarily mean there is an underlying problem, and it can be completely normal. However, it is better to be safe and get checked.

Is it normal to get pain at other points in my cycle?

Yes, women can experience pain at other points in their menstrual cycle too. Pain at ovulation (release of the egg) is the next most commonly reported pain in the menstrual cycle, but it only affects some women. Ovulation typically occurs 14 days before the start of your next period. The pain, if it occurs, is known as mittelschmerz or middle pain. It is typically experienced in the lower area of the tummy (abdomen), usually on the side that ovulation is occurring. It can vary from a dull cramp lasting a day or so to a sharp and sudden twinge.2

No one is entirely sure why ovulation pain occurs, but one theory is that the discomfort is due to the egg breaking through the wall of the ovary. When this occurs, a small amount of blood or fluid is sometimes released, and this is thought to irritate nearby nerves, resulting in pain.3

Do my period pains mean I have endometriosis?

Endometriosis occurs where the cells that normally line the uterus start to grow in other locations as well. These cells are then shed each month, in a similar way to tissue in the uterus. It is this that causes intense pain, as the blood shed cannot escape. This tissue may be found in all sorts of locations including in your ovaries, bowel, and the tissues lining your pelvis. The symptoms experienced are dependent on the locations of the endometriosis.4 Usually the pain is felt in the locations you have the endometriosis. However, at times you may get “referred pain”, especially in the abdominal and pelvic regions, so you may feel it in slightly different locations, too.

For women with endometriosis, often, simple pain killers do not relieve their pain effectively and the pain may continue after the period has finished, even resulting in chronic pelvic pain. Women may also experience deep pain on intercourse (deep dyspareunia).6

Depending on the location of endometriosis tissue, women may also have symptoms of pain or bleeding on opening their bowels, or even when passing urine, especially around the time of their period. The effects of endometriosis are varied but can be extremely debilitating for some women.

Other conditions that can cause severe period pain

There are other conditions aside from endometriosis that may cause pain similar to severe period pain, so it is important to be reviewed by a doctor if the pain you are experiencing is not normal for you, or if it becomes more severe than usual. These conditions include fibroids (growths than can develop in or outside the wall of the uterus), chronic pelvic inflammatory disease (chronic infection), or adenomyosis.7 This is where the tissue that normally lines the womb starts to grow in the womb wall itself, and makes your periods particularly painful.

In addition, women who have an IUD (intrauterine device or coil) inserted for contraception may have more period pain, especially in the first few months after insertion, but this usually does settle. If the pain is severe or has changed recently, is accompanied by unusual discharge, or you are unwell with a high temperature, this can indicate an infection.

You should go and see a doctor If the pattern or nature of your periods change, if you are bleeding between periods or after sex, or if you have a thick or very strong smelling vaginal discharge. If your period pain or other symptoms are affecting your quality of life, getting assessed by a doctor and getting the treatment you need really can make a huge difference.


Featured image is of a person lying face-down on a bed, with their arms folded and head resting on their arms. They have a long brown plait in their hair and are wearing a cosy-looking grey jumper 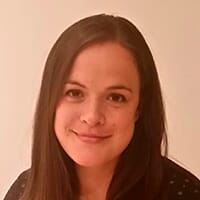 With additional information from: