Period pain but no period? What stress could have to do with it

Period pain describes the lower abdominal cramps that happen before and during a period. These can be quite disabling and disruptive for some women, who may require strong painkillers or hormonal treatment. Period pain is caused by contractions of the womb; a bit like the contractions that occur when you’re having a baby. It is thought that these contractions are caused by an imbalance of chemicals, called prostaglandins and leukotrienes, in menstrual blood. This imbalance causes the womb to contract and the vessels supplying blood to the womb to narrow. This is a natural process that normally leads to the lining of the womb shedding due to reduced blood supply.

But what if the actual period never comes, even though you are experiencing this pain? On occasion, some women experience a “phantom” or “ghost” period where they have symptoms of a period but not the actual bleeding; period pain, but no period.

The first question to ask is whether or not you could be pregnant. During early pregnancy it is not uncommon to experience discomfort in the lower abdomen and, while there may be some spotting, there may be no bleeding at all. A simple pregnancy test bought over the counter can confirm a pregnancy following a missed period.

Could stress be the cause?

If you are not pregnant, it could be worth considering stress and how it can disrupt your menstrual cycle. Stress has a powerful effect on the body that is often underappreciated and poorly understood. When we consider stress in relation to the menstrual cycle, there is a bit of a “chicken or the egg” scenario to contend with: the menstrual cycle itself can cause increased stress, but can also be disrupted by it.

Hormones released by the ovaries can affect how we react to stressful life events. A good example is the surge of estradiol (a form of oestrogen) that occurs just before ovulation. Increased levels have been found to make you feel substantially less distressed following a stressful task.1

However, this also works the other way around as stress can not only delay periods, but in some cases can stop periods happening altogether. A small part of the brain called the hypothalamus acts as a link between our brains and hormones. Attached to this is a gland called the pituitary, which is essentially the regulation centre for all hormones in the body, including those that control stress, reproduction, and metabolism. It is this interaction between the brain and hormone systems that can lead to disruption of periods.

Cortisol is sometimes known as the stress hormone. It is released from small glands that sit on top of our kidneys. We’re not 100% sure how this affects our sexual hormones but it is thought that the increase of cortisol causes a series of changes that result in an increased level of a protein called beta-endorphin, which controls our emotions and behaviours. The excess amount of this substance can impair the release of a hormone called gonadotropin-releasing hormone (GnRH) that prompts our ovaries and reproductive system to release their normal hormones. It is because of this that the menstrual cycle can end up being disrupted at times of increased stress.2

But why does this happen? We don’t know for certain, but can theorise that it could simply be a part of a woman’s survival instinct — if a woman is stressed her body identifies that it is probably not the best time to conceive.

The effects of stress aren’t just limited to our reproductive system. Irritable bowel syndrome is a very common condition that can cause abdominal cramps, changes in bowel habits, and bloating, often because of stress. The nerves in our abdomen aren’t particularly good at telling exactly where pain is coming from so there’s a chance these cramps could feel like period pain. The fact that the gut, reproductive system, and urinary system are all in the same area make it even harder for our bodies to tell what’s going on.

Chronic pelvic pain occurs in up to 1 in 4 women.3 The reasons for it are not fully understood but we know that stress and anxiety are definite contributors.

What other conditions can cause pain but no period?

There are several other conditions that can mimic period pain, including endometriosis, a condition where tissue, like the lining of the womb (the endometrium), is found elsewhere in the body. This can lead to irregular or heavy periods and cramp-like pain in the lower tummy, back, and pelvis. If you are experiencing symptoms of endometriosis it is important to get checked out by your GP.

Another explanation for period pain with no period, particularly in older women, could be the fact that they are approaching the menopause. Hormone imbalances around this time can lead to hot flushes, sleep difficulties, and cramping. Periods become increasingly irregular near the menopause so can cause cramping, period-like pains without the bleed.

Ovarian cysts usually cause one-sided pelvic pain. Often cysts are tiny and resolve by themselves, but larger cysts can twist, giving much more severe pain, which is an indication to seek urgent medical help. Ovarian cancer is a less common cause of pain, but could be associated with bloating, changes in your normal cycle, and the urge to pee more often. Again, if you are worried, seek urgent medical advice as you may require an examination and scan.

If there seems to be no medical condition causing your absence of periods despite feeling pain, it may well be that stress is the cause. Women sometimes feel that attributing symptoms to stress reduces their significance, but it can have a powerful physical effect on the body. The obvious suggestion if stress seems to be the cause of your absence of period would be to take away the stressor, however, this is much easier said than done. If stress is affecting you to the point where it has physical side effects, I would recommend seeing your GP to discuss different treatment options.


Featured image is of a woman standing on the street, facing the sun. Her eyes are closed and she is pushing back her hair with her right hand 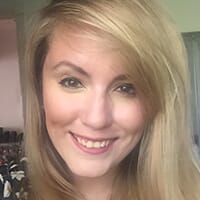 Sarah is a doctor based in West Yorkshire. After graduating from Sheffield University in 2011 she has worked in a variety of areas including general practice, gynaecology and infectious diseases. Her special interests include sexual health and medical education. Sarah is passionate about science communication and has recently won a local competition for this. Outside of a work she enjoys travelling, good food and theatre.