Polycystic ovary syndrome (PCOS) is a condition which affects fertility, and causes irregular periods due to high levels of male hormones (androgens) found in women. All women produce these hormones, which are made in small amounts in the ovaries, but in women with PCOS too much is made. It is thought that these high levels are due to genes, and become PCOS when the body is exposed to a later trigger such as weight gain.1

Every month, the ovaries make a structure called a ‘follicle’, which releases both the egg that has been developing during the course of the month, and these male hormones. In PCOS, the ovaries produce many small follicles as opposed to one big one. As a result, hormone production becomes out of balance due to the high levels of some hormones and not others, and ovulation does not occur every month as it should, thus causing difficulties when it comes to getting pregnant.

If ovulation does not occur, the lining of the womb becomes thicker and sheds irregularly, leading to irregular, heavy and/or prolonged periods. Sometimes, the womb lining is thin and there are no periods at all. The high androgen levels can cause other symptoms such as excessive facial hair growth, acne and male-pattern baldness and hair thinning.

What has PCOS got to do with weight gain?

Weight gain is common in PCOS, although not all women with PCOS will gain weight. About 50% of women with PCOS are ‘obese’, and even among women who are not, about a third have more fat distributed around their waistline.1,2

The reasons why PCOS is associated with weight gain are not completely understood. As mentioned above, obesity may be a trigger for PCOS, but PCOS may also cause obesity. One factor involved in this is that many women with PCOS have increased levels of insulin, a hormone produced by the pancreas for blood sugar regulation.

Obesity may be a trigger for PCOS, but PCOS may also cause obesity. One factor involved is that many women with PCOS have increased levels of insulin.

This is because the body cells such as the muscle cells in these women are more resistant to insulin, so the body thinks that it needs to produce more in order to get the cells to use the blood sugar in the right way. The high amounts of insulin will act on the adipose tissue (fat cells) stimulating it to produce more fat and stopping fat breakdown.3,4

Another contributing factor could be that there is a defect in the way the fat cell grows, leading to more fat cell growth than that in other people.5 The more fat cells, the worse the insulin resistance (although the mechanism of this is unclear), and this, in turn, causes higher levels of insulin.6 Due to higher insulin levels and genetic differences in fat tissues, in women with PCOS the weight may be difficult to shift.

Is this extra weight dangerous?

Obesity is associated with a wide range of harmful effects on health, and these can affect women with PCOS who are obese in the same way. These conditions include increased chance of osteoarthritis, gallbladder disease, non-alcoholic fatty liver disease, gastroesophageal reflux, hypertension, depression, sleep apnoea, and increased susceptibility to infections.

However, being obese and having PCOS can make some obesity-related problems worse, particularly ones related to your hormones. Women with PCOS and obesity are at increased risk of diabetes because of the insulin resistance and are more likely to have ‘bad’ lipids in their blood.

Being obese and having PCOS can make some obesity-related problems worse, particularly ones related to your hormones.

In another study, women who were obese and had PCOS had increased risk of breast and endometrial cancers.9,10 Therefore there has been some suggestion that obesity in women with PCOS leads to increased cancer risk, but the evidence to date is weak.

In terms of the other symptoms of PCOS, such as irregular periods, high androgen levels, and excessive hair growth, there is no clear relationship between obesity and these symptoms. However, weight gain is associated with difficulty in getting pregnant11 and reduced efficacy of fertility treatments.12. It is also associated with increased complications with pregnancy such as high blood pressure and diabetes, with increased preterm labour and infant deaths.13 Therefore, in some ways, it can be said that obesity in women with PCOS can cause more adverse effects than in women who are obese but don’t have the condition.

At what point does weight gain start impacting health?

There are no grading systems specific to PCOS in terms of what level of weight gain is dangerous. However, in the general population, a body mass index (BMI) over 25 is considered ‘overweight’, and over 30 is considered ‘obese’. The negative health effects can occur from 25 upwards and the higher the weight, the worse the risk.

While using BMI does have its flaws, it is a useful indicator when it comes to determining what sort of weight is roughly healthy for you. If you are starting to notice health problems associated with weight gain, such as joint pain and breathlessness on walking, or any newly diagnosed problems such as diabetes, and your BMI is above 25, it is important that you consider trying to lose weight.

How can I lose weight if I have PCOS?

There are different ways to help treat weight gain in PCOS. These include lifestyle changes with both exercise and dieting, although exercise alone is not usually effective.14 Medications can be used such as metformin, which helps with glucose intolerance.15

Orlistat is a drug that blocks an enzyme in the gut preventing fat absorption, leading to weight loss. But this can also cause fatty stools and gas, so some women prefer to avoid taking it. In a few limited studies, women with PCOS who take orlistat have seen improvements in insulin sensitivity and levels of androgens.16,17

Having PCOS does not mean that certain approaches work better than others. In fact, many women still find it difficult to lose weight because the drugs have side effects and any lifestyle changes need to be maintained.

There have been some studies that have reported beneficial effects of bariatric surgery on PCOS including improvement in periods, excessive hair grown, and fertility in women who have undergone surgery,18,19 but larger trials are needed to prove this.20 If you have concerns about your PCOS-related weight gain, it is important to discuss these with your GP so they can recommend the best course of treatment. 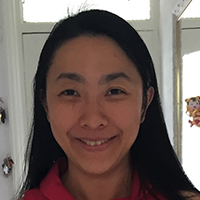 Diana received her medical degree, with honours, from the University of Manchester. She then went on to receive basic and specialist medical training within the north west of England. She carried out in-depth research in medicine and was awarded a PhD in 2016. Currently, she is finishing her medical training at a large teaching hospital, and one of her greatest interests is medical education. She is an advanced life support instructor and writes regularly for post-graduate examination websites, and also holds a PGCERT in medical education with distinction.