This piece is Sponsored

A woman will have an average of 480 periods in her lifetime.1 Although some women may experience relatively uneventful periods, for others, they can be heavy, debilitating, and traumatic.2

Despite affecting more than a fifth of women worldwide – that’s over 3.5 million women in the UK3 – heavy periods remain a taboo in today’s society. Whether with friends, in the office, or at home, more than a third of people are too embarrassed to talk about that ‘time of the month’.4

It’s this shame that often causes women to use colourful and indirect phrases to describe their periods – validating the very taboo that brings on said shame.

What is a heavy period?

Heavy periods are an important and largely unrecognised health issue that can have a significant impact on the daily lives of the women who experience them.

A heavy period can be categorised as:

Some Brits remain uneducated on the menstrual cycle, with some even thinking that period blood comes from the bladder

There are many different causes of heavy periods, from hormonal imbalances to underlying conditions such as endometriosis.6 Despite this, heavy periods remain underreported, with as many as 62% of women not realising that heavy menstrual bleeding is a medical condition.7 Almost half of women did not speak to their GP about their heavy periods.8

A survey carried out by heavy period information website Wear White Again found that 11% of men and women have never spoken to their partner about periods, while 31% are uncomfortable talking about the topic in general.9 This may explain why, as a nation, we use over 250 different words and phrases to describe periods, including terms such as ‘Aunt Flo’, ‘jam sandwich’, and ‘the devil’s waterfall’.10

There’s also much confusion about periods – some of which stems from myths that have risen throughout the years. You may have heard that when you have your period you can’t have a bath, go swimming, or have sex; or that if you use tampons you can’t be a virgin. And it doesn’t stop there. Research from Wear White Again found that some Brits remain uneducated on the menstrual cycle, with almost 35% of men and over 20% of women not knowing where in the body period blood comes from – with some even thinking it comes from the bladder.11

We need to break these taboos to allow people to feel comfortable talking openly about periods, by creating opportunities for education around the topic in schools, with colleagues and partners, and amongst friends.

To help initiate these conversations, the Talking heavy periods guide, by Wear White Again, aims to help men and women better understand heavy periods. It shares some of the words and phrases we feel most comfortable using to describe periods, as well as offering advice for when it comes to talking to your GP and includes a helpful guide on how you can track your periods.

Featured image is a collection of tampons arranged on a blue background, with their strings spread out behind them

4. Hologic, Am I number 5? Language of periods market research results, June 2018; data on file (data available from author by request)’

9. Hologic, Am I number 5? Language of periods market research results, June 2018; data on file (data available from author by request) 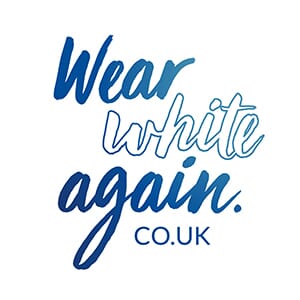 Wear White Again is a campaign by Hologic which aims to raise awareness of heavy periods while breaking down taboos that surround them. By providing useful information about heavy periods, Wear White Again seeks to enable women to have informed conversations with their GPs about possible treatment options.