For many women, the terms pre-menstrual syndrome (PMS), periods, and perimenopause signify times of difficulty. Others — more than you might think — aren’t completely sure what they mean and what to expect when going through these experiences.

Whether unsure, anxious, or simply curious, it’s important to have a handle on these concepts so as to better understand what’s going on inside your body.

But first, the basics

Women go through several important stages in their reproductive lives. The first are the reproductive years after a woman’s first period. The second is the perimenopausal stage, which is defined as the period of time where a woman transitions as she approaches menopause. The point where she has not had a menstrual period for a year is defined as menopause, and is the third stage.

Every month, women go through a menstrual cycle due to hormonal communications between our brains and ovaries. Before menstruation, 85% of women are affected by PMS to some degree.1

Women are born with a fixed number of ovarian follicles. These follicles each have the potential to produce an egg. Every menstrual cycle, several follicles will develop under the influence of a complex interplay of hormones from the brain and ovaries. Of these, several of the largest and healthiest will survive and become dominant. Usually only one follicle will become dominant and release an egg, but occasionally multiple follicles will release eggs simultaneously, allowing for multiple pregnancy. This process of egg release is ovulation; most of the time the eggs released are not fertilised, which triggers the process of menstruation. This cyclical ovarian activity and changes in hormones and chemical messengers is likely to be the central component contributing to PMS.

Over time, the number of follicles in each ovary will deplete, resulting in fluctuating levels of the hormones oestrogen and progesterone which regulate the menstrual cycle. This is the biological root cause of the symptoms felt during perimenopause.

What will I feel?

Women have varying experiences of PMS: for some, is a time of labile or changeable moods, lethargy, and changes in eating and sleeping habits. Physical signs may include breast tenderness, headaches, and abdominal cramping, best controlled by simple painkillers like paracetamol and ibuprofen. If you can manage to exercise then endorphins are wonderful physiological painkillers.

Similar symptoms are felt by some during perimenopause. The onset of perimenopause is defined by individual experiences of symptoms — at this point, however, the menstrual cycle becomes irregular. This is because as the number of follicles decreases, fewer cycles result in ovulation and this causes irregular periods. This can last for months to years before a woman reaches menopause. The mean age of menopause is 51.2

Three in four women will experience some combination of sweating, palpitations and flushing; a triad known as hot flushes.3 These, along with more pronounced symptoms of PMS such as lowered sex drive, and fewer periods which may be heavier than usual are also common symptoms. This is because the body is still laying down the nutrient-rich tissue in the uterus which is meant to act as a safe home for a fertilised egg, however due to fewer ovulations during perimenopause such tissue has longer to develop, resulting in heavier menstruation when the lining of the uterus is shed.

Despite these hormonal fluctuations, diagnosis depends not on hormonal measurements but on the symptomology described above.

When few or no follicles remain in the ovary this lowers the circulating levels of oestrogen in the blood. This stage is the menopause. At this point, low oestrogen levels can cause symptoms of vaginal dryness and difficult or painful sex.

Oestrogen actually plays a protective role in preventing heart disease; it is highly rare for a woman to suffer a heart attack during her reproductive years. This is because oestrogen causes higher levels of healthy cholesterol to circulate in our blood, and works to prevent the buildup of unhealthy cholesterol in the arteries of the heart.4 Unfortunately, after menopause, oestrogen levels fall and the heart is no longer protected; levels of heart disease increase in older women.5

We all are naturally breaking down and rebuilding our bones every day. Oestrogen acts to keep this process balanced to help maintain strong bones. Though everyone’s bones become less dense and more fragile as they age, this process is accelerated during menopause as we lose the protective role of oestrogen.

What’s going to happen to my periods?

When women start to experience perimenopausal symptoms and have absent or infrequent periods at a young age, this is termed premature menopause — defined as menopause occurring before the age of forty. It affects 1% of women younger than forty and 0.1% of those younger than thirty. In most cases there is no obvious cause for this; it is known however that smoking is associated with premature menopause.6 Premature ovarian failure is another cause of premature menopause and can be diagnosed with blood tests.

Our bodies are used to their normal hormonal cycles; these are regulated by the communication between our brains and the ovarian follicles mentioned earlier. The pituitary gland in the brain seeks to stimulate follicle development by releasing follicle stimulating hormone until a surge of oestrogen switches this process off. When we approach menopause, this communication becomes erratic as we run out of follicles to provide oestrogenic feedback to the hormones released from the brain. These inconsistent hormone levels can cause hot flushes, mood changes, and low sex drive.

Other hormone changes occur as well. Normally, the pituitary gland releases a hormone called luteinising hormone in large surges in order to trigger egg release from the follicle. Progesterone is then released from the ovary to maintain the tissue in the endometrium for a fertilised egg to implant. With fewer, not-yet-mature follicles available to communicate with, the brain is sending powerful hormonal impulses with little or no response.

Many women do not seek help for symptoms or concerns during the perimenopause and there are many other causes for irregular periods that may coexist with heavy menstrual bleeding. Early or late in the reproductive years, anovulatory cycles are more common. Fibroids, polycystic ovarian syndrome, over or underactive thyroid glands, stress and extreme exercise, are other causes of this, some of which some would require further investigation and management. If you have completed your menopause and are experiencing recurrence of bleeding, visiting your GP is really important as sinister causes need to be ruled out.


Featured image is of a person sitting on a sofa, holding their knees to their chest. They have long blond hair and are wearing a green long-sleeved shirt. Their face is not visible in the frame 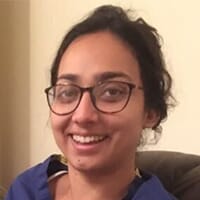 Leah is a doctor of British-Pakistani heritage and studied at King’s College London, where she was awarded an academic scholarship for a BSc in diabetes and endocrinology alongside her degree in medicine. She is currently working towards her membership exams for the Royal College of Obstetrics and Gynaecologists and is about to start a senior house officer role in that field. She hopes to one day be able to take her passion for women’s health around the world, supporting women and girls globally. 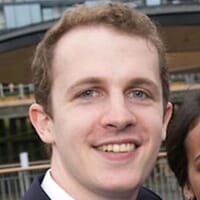 Charles studied medicine at Durham and Newcastle, where he was awarded a scholarship to stay for a master’s degree in medical education. He is interested in child and maternal health, as well as medical education. He is currently working towards his membership exams for the Royal College of Paediatrics and Child Health, while working as a paediatrician.

With supporting information from: