“If you got pregnant now, would you keep it?” my friends and I would ponder as teenagers. “Obviously not,” we’d answer, all agreeing that we’d get an abortion with a nonchalance akin to deciding what college to enrol in.

When I fell pregnant at age 18, I stuck to my word because I wasn’t ready to have a child. I carried the secret pregnancy for two months and thought the abortion would bring unbridled relief. Instead, after it was over, I felt an intangible sadness that I would later recognise as depression. Regardless of how “easy” that decision was, I didn’t expect to grieve.

The grief of losing an unwanted pregnancy exists in a grey area. It’s harder to comprehend because it’s often dispelled by logic and pragmatism; it’s not the right time, you’re not ready for a baby, you didn’t want a child anyway. How can you grieve something you never knew you wanted?

I felt guilty, selfish even, for mourning something I knew I couldn’t have. Mourning was reserved for people who had actually died rather than for the consequences of a practical choice.

Nearly a decade on, I was able to put that grief in a box. That was, until I fell pregnant again.

Nothing will ever prepare you for the displacement and isolation that comes with losing a pregnancy. Even if it was unintended

I was in A&E with abdominal cramps, trying to convince a nurse that I couldn’t be pregnant because I’d been using condoms (with a 98% efficacy,1 I should’ve been fine, right?).

That chance flipped a switch in my mind and under the spell of pregnancy hormones, I became consumed by the idea of becoming a mum. Things were different now; it just felt right this time. Beyond all reason, I had decided to keep it.

A week later during the ultrasound, the gestational sac was found growing in the wrong place. The idea of this baby, that I’d become so enamoured with, was reduced to an inconvenient spec on a screen: an ectopic pregnancy. My right Fallopian tube was rupturing but at the time, I was more devastated about the future I’d lost.

Nothing will ever prepare you for the displacement and isolation that comes with losing a pregnancy. Even if it was unintended.

When you imagine having a baby, you can almost feel the weight of the commitment that comes with it. The rational parts of my brain know that becoming a mother is a huge life decision not to be taken lightly. But each time my body tried to make it happen, the physical and mental swell of anticipation made it impossible not to get attached.

Despite the well-meaning support, being told I wasn’t ready for a baby after my experiences entirely missed the point; I had felt loss and would feel it for years to come.

I wanted to mourn but when searching for support online, nothing catered to this specific and contradictory grief.

Resources were either too formal or too careful, too sugar-coated, and too restrained in conveying what losing your baby-to-be is actually like. Forums told me to focus on my other children, giving tips on conception and assurances that my “rainbow baby” would come.

My mental health declined as I struggled to put the grief back in its box. So, in a desperate bid to feel normal again, I tried to get on with my life.

In trying (and ultimately failing) in this attempt at normality, I decided to seek therapy where I was diagnosed with Complex PTSD. Once I stopped downplaying the grief I was feeling, I began a long overdue healing process. Accepting that I won’t just “get over” my losses has been weirdly liberating.

I found solace in the Miscarriage Association support group. When up to one in four pregnancies end in loss during pregnancy or birth,2 it’s either happened to someone you know or someone they know, so having open, candid discussions about it helped me to feel less isolated.

Recovery is not linear. New challenges to past trauma appear through friends in social circles having babies of their own. Understanding my triggers and setting boundaries are invaluable coping mechanisms but to be honest, the work is ongoing.

Still, I can’t help but ponder the what-ifs. What kind of mum would I have been, how old would the child have been if I kept my first pregnancy (11 years at the time of writing, for those wondering)?

Nor can I help that I’ve thought about my losses nearly every day since. The grief lingers in my mind, maturing with every year I’ve grown older and closer to the age where having a baby feels more plausible.


The Miscarriage Association is a charity that provides support for people who have experienced miscarriage. You can call their helpline from 9am-4pm, Monday-Friday, on 01924 200 799


Featured image is an illustration of two cupped hands, as if holding something, with a fluid white paintstroke over them — as if it were wind blowing across them. On the right-hand side of the painstroke, just out of reach of the hands, is a small illustration of a baby’s feet 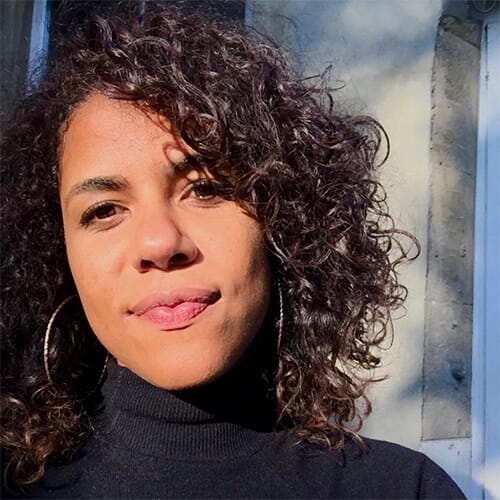 Amy Ashton is a producer & the creator of Prune Juice, a zine and project that explores the nuances of pregnancy loss from a raw and honest perspective. In promoting an open & engaging dialogue, Amy is keen to normalise discussions around pregnancy loss and mental health through writing, photography, and visual communication.