When an ultrasound showed up multiple uterine fibroids three years ago, I was referred to a gynaecologist who could count at least 11 of them on the scan pictures. I was in my early 40s, and wasn’t planning on having children, a decision I had made some years earlier.

“If we’re going to go in anyway,” the gynaecologist said, referring to the operation to remove the fibroids, “then we may as well take away the lot.”

Hysterectomy is one of the most common surgical procedures for women the world over. In the UK, around 60,000 hysterectomies are performed every year. By the age of 60, one in five British women can expect to have had one. In the US the statistics are even higher; one in every three.

Given the numbers, it would be easy to assume that a hysterectomy is a straightforward procedure, but for many women the opposite is true. What kind of toll does the surgery take on the body? And are the emotional ramifications of hysterectomy always spelled out in advance?

Before my own hysterectomy, I was already reasonably familiar with the realities of gynaecological surgery. I have an aunt who had a hysterectomy in her 50s, a cousin who had her womb removed at the age of 29, and my mother twice had surgery to remove fibroids.

In my own case, medication and an intrauterine device had been unsuccessful in stemming the heavy menstrual bleeding I was experiencing as a result of the fibroids. For seven days in every month it was like being the star of my own slasher movie. I was anaemic, lightheaded, and permanently exhausted.

“If we’re going to go in anyway,” the gynaecologist said, referring to the operation to remove the fibroids, “then we may as well take away the lot.”

When Dr Virginia Beckett, a member of the RCOG, first became a gynaecologist in the 1990s, hysterectomies were far more prevalent than they are today, and says, despite the numbers, they are only undertaken if they have to be. “It’s a less common procedure than it used to be, as there are now other way to manage the issues for having them,” she adds.

While heavy periods, often the result of fibroids, account for many of the hysterectomies performed, other reasons for the surgery include pelvic pain, such as that caused by endometriosis, as well as pelvic organ prolapse, and cancer of the womb, cervix, ovaries, or Fallopian tubes.

The reason for the hysterectomy is a major determinant in the type of procedure that is performed. My own surgery was of the most common variety, a total abdominal hysterectomy, where the womb and cervix are removed through a bikini cut, a six-inch horizontal incision in the lower abdomen.

Bulked up by fibroids, my uterus was equivalent in size to that after 18 weeks of pregnancy. Had my womb been normal sized, a laparoscopy assisted hysterectomy might have been performed, where a camera and surgical instruments are inserted through small slits in the abdomen and the uterus is extracted through the vagina. A vaginal hysterectomy is also carried out in cases of prolapse, where the bladder or another organ has slipped from its normal position, often as a result of childbirth.

Waking up after the operation, I was immediately aware of the throb in my lower abdomen. Pain medication had already been administered intravenously and I was told that while I could have more if I wanted, it would probably make me sick.

I’m no hero when it comes to pain, but the thought of adding vomiting to my list of woes did not appeal in the least. In spite of the discomfort, my overriding feeling in the recovery room was one of relief, relief that the surgery had gone well and the ordeal was almost over.

I decided to forgo the extra medication and stuck to a regimen of paracetamol alone for the next seven days, after which I didn’t need any pain relief at all.

According to Dr. Beckett, recovery after hysterectomy is highly variable. Women whose symptoms cause them to feel particularly unwell beforehand can experience a quicker recovery because of the alleviation of those symptoms. Relief, even delight, is not uncommon in those instances, while other women will feel profound grief at the loss of their womb.

“Some women feel a significant attachment to their uterus, especially if they have had children, with a hysterectomy triggering an empty nest response,” says Dr. Beckett. “Women who haven’t had children can also still feel this way, and the way you will respond to a hysterectomy can’t always be predicted in advance.”

Sexuality can also suffer, adds Dr. Beckett. “In many cases, a woman’s idea of womanliness is wrapped up in her womb and ovaries. The loss of them can affect her sexual confidence, which in turn can impact on her relationship,” she says.

Whether or not a woman retains her ovaries after surgery can have major implications for her subsequent wellbeing. Salpingo-oophorectomy, where the ovaries and Fallopian tubes are also removed, is a procedure that sometimes accompanies hysterectomy, usually in women over 45, or in cases of disease or damage.

“One of the biggest misunderstandings about the procedure comes in underestimating what is involved. It’s important to explain that when counselling women about their various options.”

“If a woman is not already menopausal when the ovaries are taken, then surgical menopause will occur at that point, resulting in a rapid decline in hormone levels, and causing a physical and emotional impact,” says Dr. Beckett, adding that a discussion about HRT between patient and doctor before the hysterectomy takes place is a factor that “isn’t always considered in advance as much as it should be”.

Physical recovery after a hysterectomy with an abdominal incision comes with added challenges. As well as the risk of infection in the wound, the cut through abdominal nerves and muscle takes at least six weeks to heal, with repercussions that can last far longer. Anyone who has had a C-section knows that the scar can feel sensitive or numb for years.

Extreme fatigue, resulting from blood loss during surgery or due to the after effects of general anaesthetic is also common. As a confirmed night owl, I was alarmed to find that I could barely keep my eyes open after 8pm once I got back home. My concentration levels were non-existent, and it took me six months to return to what I considered normal.

“One of the biggest misunderstandings about the procedure comes in underestimating what is involved,” says Dr. Beckett. “It’s important to explain that when counselling women about their various options.”

My own hospital stay lasted three days in total, a fraction of the time that used to be the case for women undergoing the procedure, and a period of time that wasn’t all plain sailing.

When my surgical drain was removed the day after the operation, it nicked an artery on the way out, causing an additional bleed that required another round of stitches. My bladder also ‘fell asleep’, — a common occurrence after general anaesthetic, I learned, which meant I need to stay catheterised until it decided to wake up.

While all the medical staff I encountered were nothing short of brilliant, the after effects of hysterectomy tend to be minimised and —in the available literature, at least— focused on the physical.

For me, a hysterectomy was the right decision and one I haven’t had cause to regret, but the procedure is tough on both body and mind, and recovery slow-going. Psychological support is not routinely offered for those undergoing hysterectomy. Given the emotional magnitude of the procedure for many women, perhaps it should be?

Featured image shows a woman leaning over and hugging another woman, with her arms stretched around her. The image is cropped so you can only see the pair’s shoulders and part of their faces. 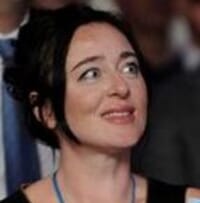 Victoria Briggs is a London-based freelance journalist specialising in writing about health, wellbeing and education. You can find her on Twitter at @vicbriggs.

Is it time for the diaphragm to make a comeback?

I use the coil, but not for contraception: here’s why

Will I gain weight if I get the Mirena coil fitted?

Contraceptive horror stories – why do we ignore them?

What does it really feel like having a coil inserted?

Can the pill actually change your taste in partner?

Can you really rely on an app for contraception?